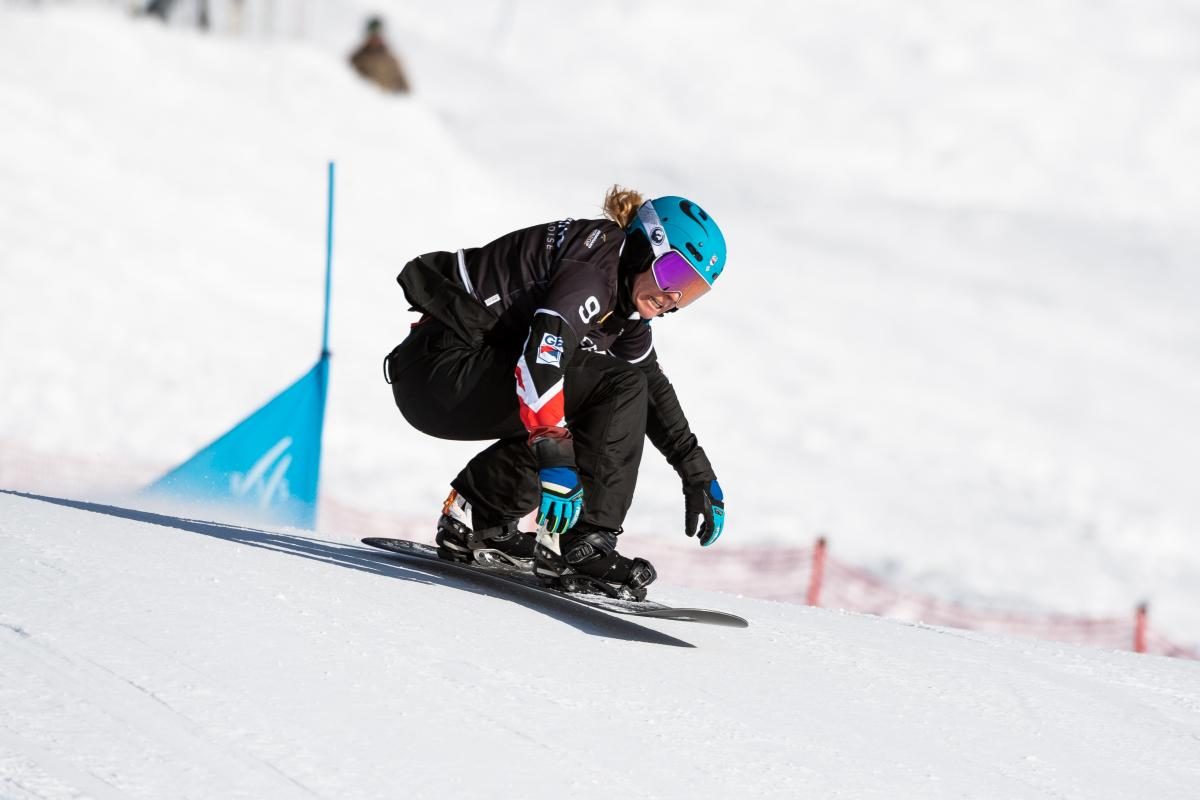 Almost one month to the day since changing nations, Charlotte Bankes has delivered on her promise to deliver snowboard cross success to Great Britain with a podium performance at the first World Cup of the season.

Bankes was seventh in yesterday’s qualifying and followed that up with a dominant performance in today’s quarter-final which she won convincingly.

Coming up against a strong semi-final field, the 23-year-old found herself jostling for a top three position before her class shone through to earn a place in the big final.

With a top six position guaranteed, Bankes was out of the gates quickly alongside four-time Olympian Lindsey Jacobellis. The American gained the ascendency into the first corner and after some close racing and board-to-board contact the former French rider was shuffled back through the field.

Midway through the course Bankes was forced to fight her way back through the field and did just that. Showing the tenacity she is renowned for on the World Cup circuit, Bankes tucked in behind the front-runners and took aggressive lines to move her way back into the top three.

While Jacobellis held the lead from start to finish, just 0.06sec separated Olympic bronze medallist Eva Samkova (CZE) from Bankes who was third.

“I had a good start there with Lindsey and was probably about second into the first turn but then I had some contact from behind and needed to take an outside line into the third or fourth turn and was passed by some of the others,” said Bankes. “I just needed to then get in behind everyone and try to start overtaking when I could but it was a bit of a slow course.

“Lindsey had a great race so I couldn’t really get near her but managed to get back up to third in a pretty tight finish.

“It’s a relief to get the first World Cup under my belt [for Great Britain] and it’s a good result after all the hard work.

“Thanks to all the GB Snowsport team for the support to get me through this autumn and to be in the best condition to start the new season.”

The second World Cup race in Cervinia takes place tomorrow with coverage available on the Eurosport Player from around 10:40am GMT.