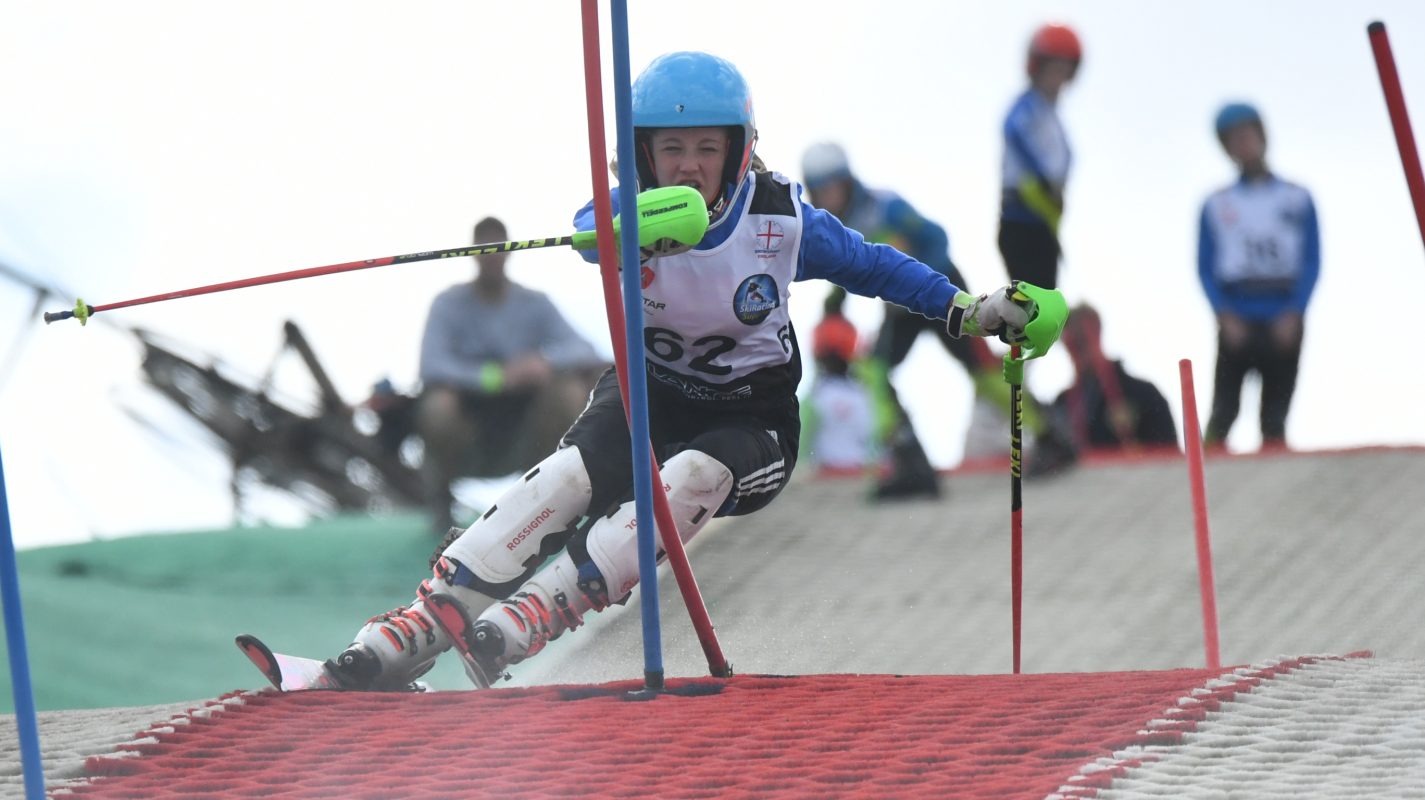 The fourth GBR (Great British Racing) series race was held at Pontypool Ski Center on Sunday 30th June 2019. The British Ski Academy sponsored the race and Ski Racing Supplies was there selling any essentials that may have been needed by the racers (or not needed!). The day before, GBR 3 was also held, and with temperatures reaching as high as 28 degrees, I think it was safe to say that nobody complained about the temperatures the following day when they dropped. For me, wearing four layers in the blistering heat isn’t what comes to mind when someone says skiing.

David Eaves set the first course with a banana after the ridge similar to the Saturday. It was this section of the course and a few gates after this that sent many of the racers, especially the men, packing. The second course, set by the birthday boy Robin Kellen, was out of the ordinary. It featured a reverse hairpin into a hairpin with a royal flush soon after.

Being able to see and use the new ramp, recently installed at the top of the slope, was great fun; overall increasing the speed of racers down the flat top of Pontypool. Again, like Saturday, there was a large number of entries for the race.

In the Women’s category Lauren Vale came first with a storming overall time of 38.45. Jolie Hoffman finished second overall with a time of 41.23 and Hannah Dennison took third place with a time of 42.51. Eva Pascoe and Georgia Hyett finished in fourth and fifth place. Some of the top racers including Lauren’s teammate Nicole Shering, and Lauren Bloom who trains at Pontypool, were not able to finish the second course.

In the Men’s category Toby Case had two good runs putting him in first place with 35.77 as his overall time. Oliver Weeks came second with a time of 36.13 and Thomas Upton third with a time of 36.99. In fourth and fifth place was Ryan Bloom and Josef Huppach. Overall in the men, over the two runs, fifteen people were disqualified or did not finish!

Well done to all the racers who raced over the weekend.  Whether you made it through David Eaves’ course or not! Thank you to all the officials, even those forced to come because of kids, that give up their weekend to deal with falls, gates and everything in between.