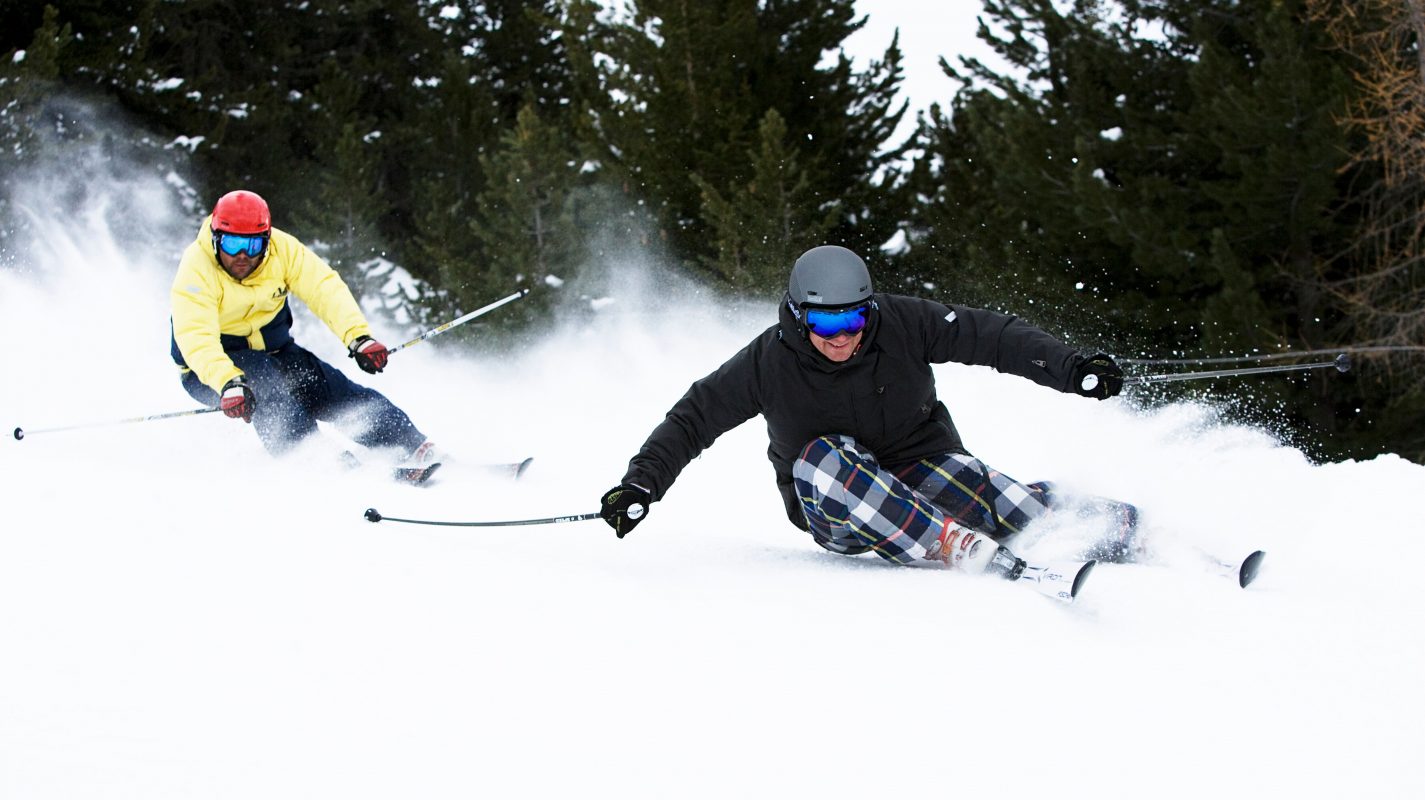 Championship Ski & Snowboard has been run and won for another year with the competition again showcasing some of the best up-and-coming talent competing alongside some of the UK’s best park and pipe exponents.

With the standard of competition continuing to excite the judges year after year, £5000 in cash and prizes were made available courtesy of CSS sponsors The Snowboard Asylum and Ellis Brigham along with GB Park+Pipe. CSS was again a success on the back of a proven format which allows competitors as young as 10 to participate alongside World Cup-level athletes.

“CSS season 3 has been the best yet,” said Hamish McKnight, GB Park+Pipe head snowboard coach and the conceptual founder of CSS. “The riders and skiers commitment to progression, their creativity, and obvious enjoyment, has been amazing to watch.

“The impact CSS has on our UK scene is something I believe to be extremely important for the future of our sport.

“I’d like to congratulate everyone involved – high fives all round!”

Victorious in the snowboarding competition this year was Snozone Milton Keynes who denied Bearsden a third straight title. Despite not taking part in the 2017 competition, the team from MK worked with a tight group of snowboarders, upping their game round after round on their way to victory over Hemel who finished in second place.

Thirteen-year-old Max Jorge also landed the first-ever double backflip at the UK indoor slope, the highest-scoring kicker trick by a Young Gun in the competition.

“We are absolutely buzzing with the win,” said Connor Gould from Snozone Milton Keynes. “Everyone gave it their all and it really was a team effort and something we all thoroughly enjoyed.

“We’d like to give a huge shout out to all the riders, parents, park shapers, groomers and management at Snozone MK for helping bring this together.

“The prize money will go towards helping to keep things rad at MK by investing in some new features and also repairing rails that we’ve not been able to use for years. This will keep the progression rolling and also help the freestyle community at MK to continue to send it.

“We’d also like to give a massive shout out to the crew and sponsors behind CSS for setting up an amazing event that keeps snowboarding and skiing in the UK new and exciting.

While unable to secure a third-straight title in the snowboard league, Bearsden were victorious in claiming a ‘three-peat’ in Championship Skiing ahead of Aberdeen.

“We are very stoked that the freeski team has won CSS for the third year in a row amongst some serious competition from the other slopes around the UK,” said Neil MacGrain from Bearsden. “The depth of skills across the UK keeps increasing each year and CSS has helped many of the riders to focus on developing their skills across all aspects of skiing and the EX trick was a constant challenge for those looking to push the creative element.”

Aberdeen’s journey to second was led by Kirsty Muir who dominated the female category, scoring the highest kicker, rail and ex trick scores as well as achieving the prestigious title of being the Most Valuable Player overall.

“CSS has been a great opportunity for dryslope and dome riders like myself to showcase what we can do and achieve at our local slopes,” said Muir. “I have competed for Aberdeen Snowsports Centre in all 15 rounds over the last three years and it has given our slope riders – old and new – the chance to compete as a team.

“We are stoked to win some prize money to get some new equipment for our slope too.”

The winners of the CSS Micro Machines – aimed at younger skiers and snowboarders – were announced in December. Cassius Loupis, 12, and Abbie Harkness, 11, took out the ski categories while Mia Brooks, 12, and Roahan Duncan, 10, won the snowboard competitions.