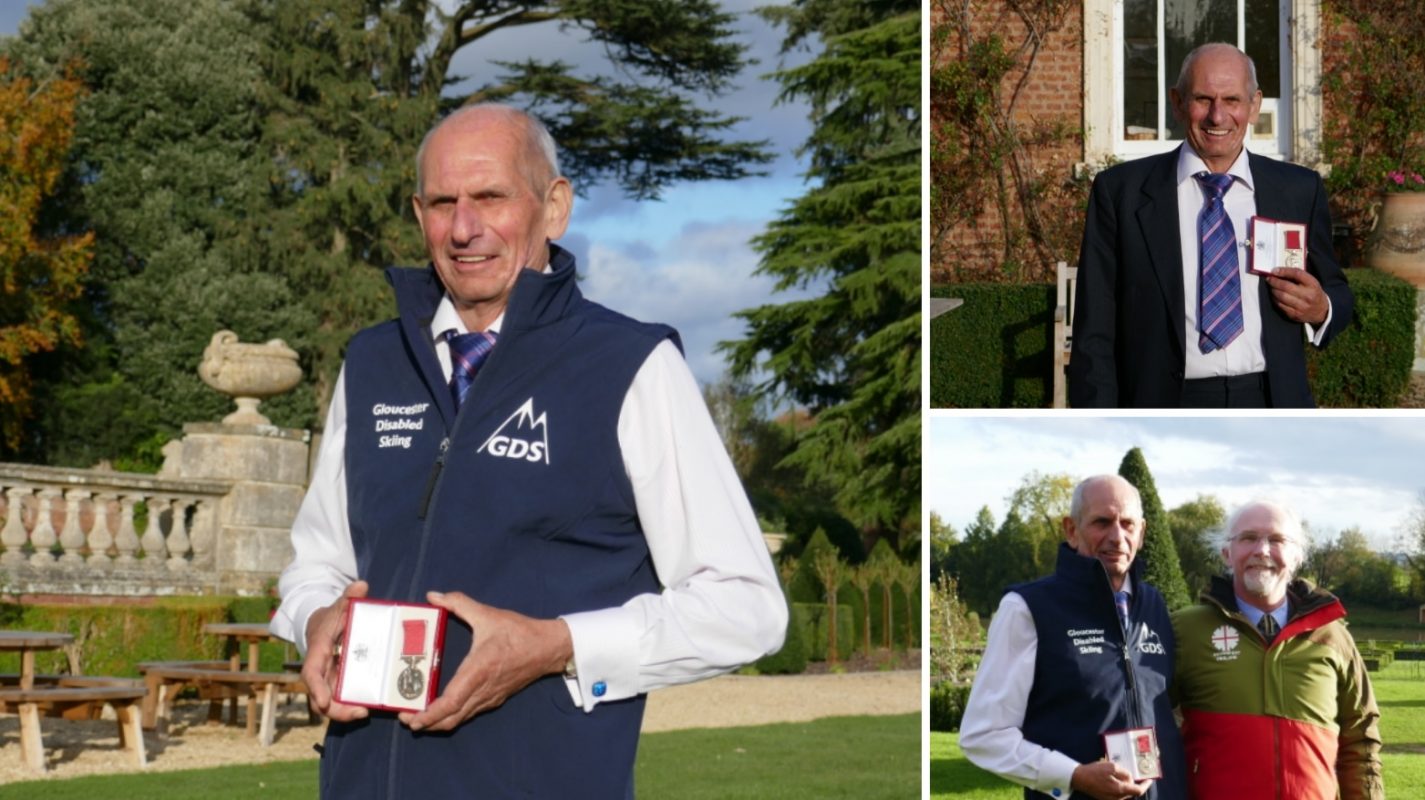 Snowsport England Coach and Adaptive Tutor Chris Day has attended the formal ceremony to receive his British Empire Medal (BEM). The BEM is awarded for meritorious civil or military service worthy of recognition by the Crown.

The citation for Chris included examples of the extensive contribution he has made to people’s lives through disability skiing. Having become interested in adaptive skiing during the 1990s, Chris travelled the country as a volunteer helper, gaining experience and coaching awards in the UK and abroad. A long-time tutor for the UK Snowsport Adaptive Awareness Course, Chris has supported the development of adaptive skiing in the UK, Macedonia and Bulgaria, cycling across Vietnam to raise funds. His longstanding coaching of Police Officers injured in the line of duty was particularly noted.

Chair of Snowsport England’s Coaching Technical Panel, Richard Barbour, was amongst a small group of invited guests. He said: “I have known Chris for a long time, so was delighted and privileged to be invited to the ceremony. He’s a tremendous example of the vital role of volunteers in snowsport and he’s given huge amounts of time and energy to make snowsport accessible to people with disabilities. This award is richly deserved and I look forward to coaching alongside him again soon. Well done Chris.”