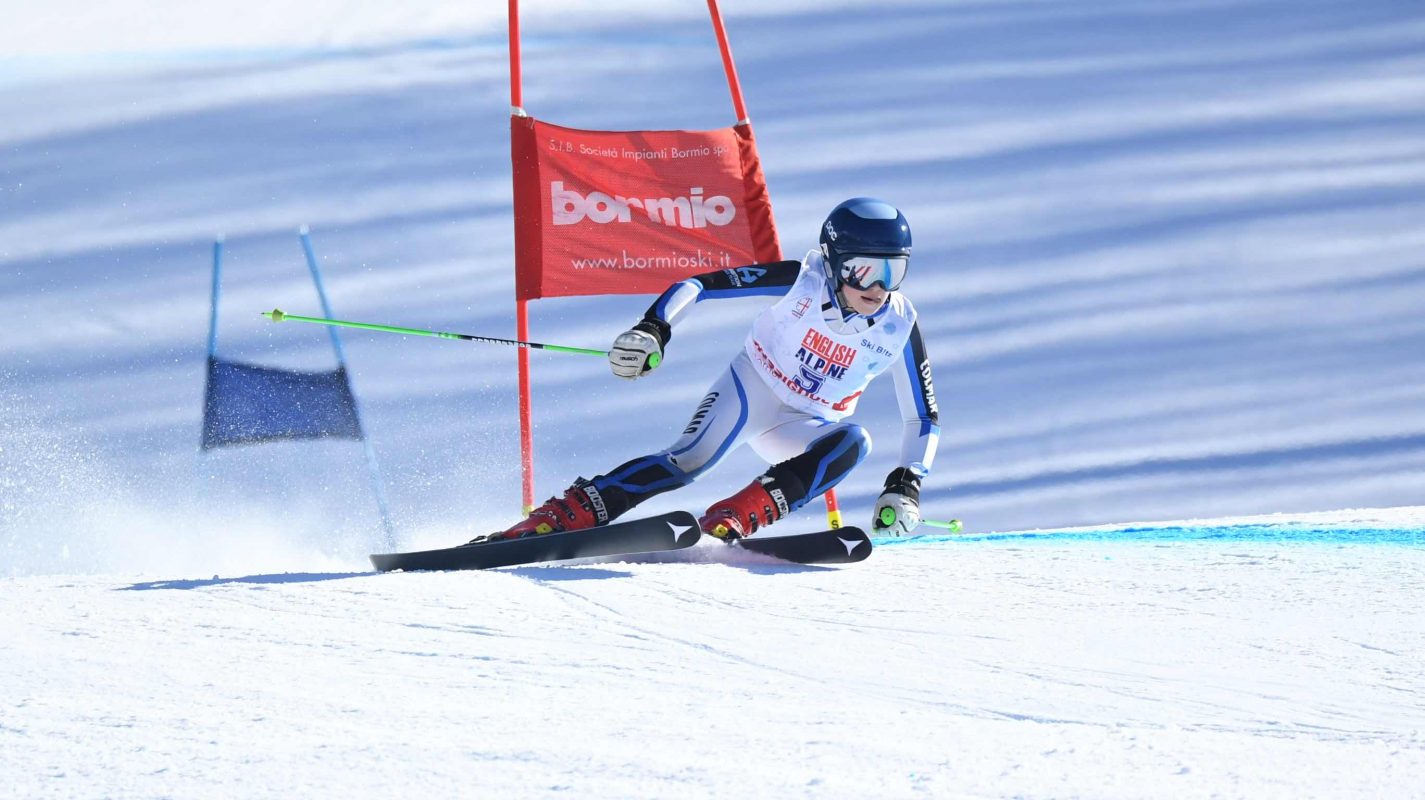 Countdown to the English Alpine Championships 2020 in Bormio

Every year children from as young as eight years old, right through to senior athletes will take part in the English Alpine Championships. For 2020 the Championships return to the authentic Italian ski and spa town of Bormio, which will play host to the Men’s Alpine events in the 2026 Olympic Winter Games. The event continues to act as a gateway for future Alpine world champions and Olympic stars – World Cup Alpine ski racer Dave Ryding started his competitive career at the English Alpine Championships.

The Opening Parade will take place on the afternoon of Saturday afternoon, 15th February, with races will taking place daily from Sunday 16th to Friday 21st February. As well as a busy week of daytime racing, including Super G races, GS and Slalom, the Team Parallel Slalom returns on the Tuesday night under the floodlights, a huge hit with all the young racers.

With a consistent big turn out, the English Alpine Championships not only attract hundreds of competitors, the event also play host to hundreds of coaches, supporters, parents and volunteers, making for a unique and buzzing atmosphere. The event will be sponsored in 2020 by Bormio Tourism, Rossignol, Halsbury Ski, Ski Bartlett, Ski Bitz, Racer Ready, Ski Club of Great Britain and Vitalini.

Bormio is located in the centre of the Alps, and offers more than 170 km of slopes for alpine skiing, snowboarding and cross-country skiing. Moreover you can ski even during the summer on the legendary Stelvio Pass. Away from the slopes, Bormio is famous it’s not thermal waters of three spas and for the historical and beautiful old town.www.bormio.eu/ www.bormioski.eu