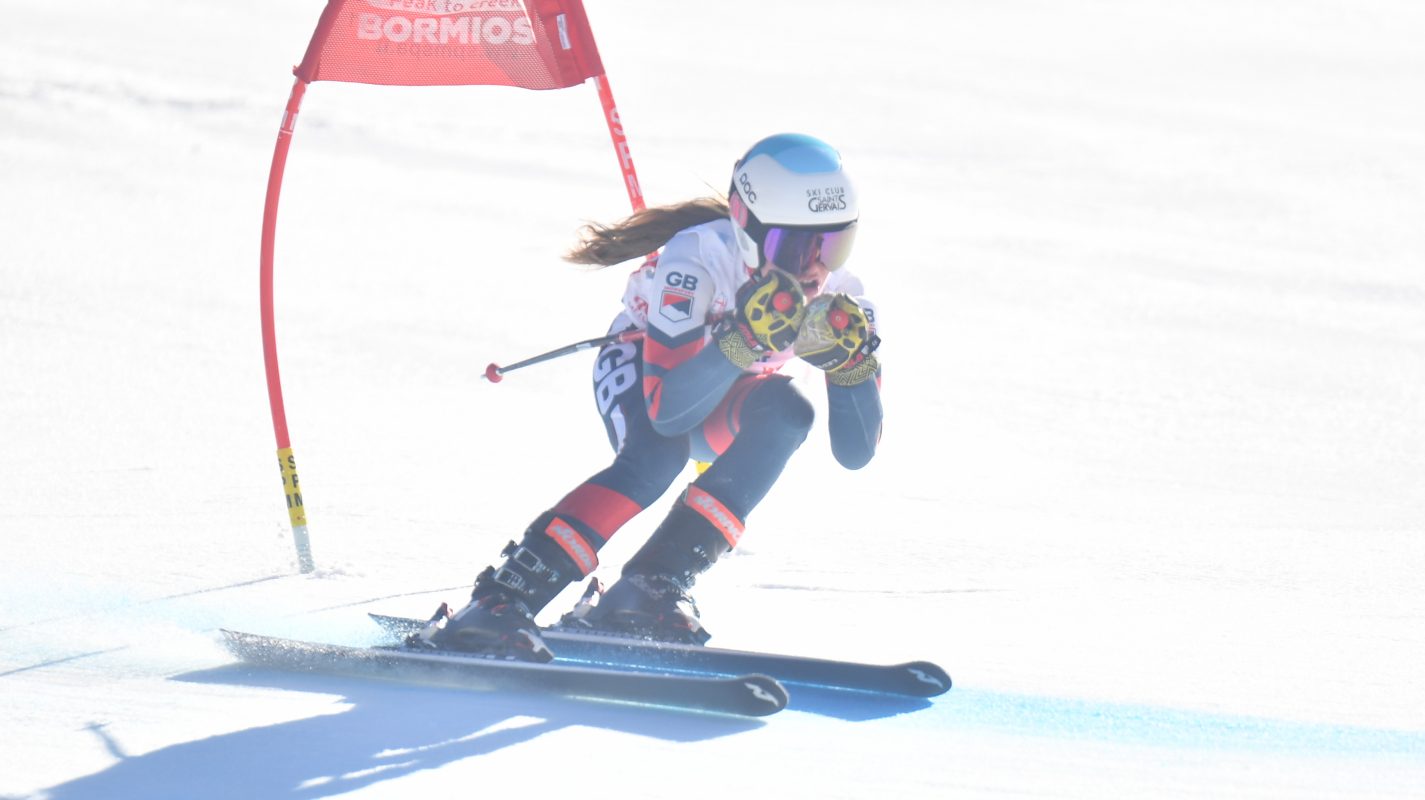 The final day of the English Alpine Ski Championships in Bormio saw the Under 14 and Under 12/10 racers enjoy a morning in the sunshine as they tackled a GS and ‘Stubby’ Slalom respectively.

In the girls Under 14 Giant Slalom, it was Molly Butler (BSA) who reigned supreme again, claiming another English Champions podium. She won in a combined time of 2.12.58 to take a narrow victory over Olivia Howeson (EVO) who was standing on the podium again, finishing in a time of 2.12.74. Maisie Blyth (APX) took third, completing her two runs in a time of 2.16.02. For the Under 14 boys, Zak Carrick-Smith (BSA) showed some fighting spirit to narrowly claim the victory and English Champions title over Emerson Proctor (APX) after a speedy second run. He took victory in a time of 2.11.49 compared to Proctor’s 2.11.89. Third place went to Lewis Calder, also from Apex, who finished in a combined time of 2.12.25.

The U10/U12s enjoyed another fun morning of racing, this time it was a ‘stubby’ slalom. In the girls U12 race, it was Lucy O’Connor (CDC) who went one better than yesterday to claim the win in a fastest time of 43.70. She was followed by Brooke Baxter (BSA) in a time of 44.16 and Isabel Sadler (Kandahar) whose fastest time was 44.47. For the Under 12 boys, yesterday’s second place finisher, Ryan Faber (AMB) beat off his rivals to stand at the top of the podium today, finishing in a time of 42.22. Harrison Adkins (EVO) was fractions of a second behind him to claim second place in a time of 42.42. Third place went to Jacob Dawson (Kandahar) in a time of 42.97.

That concludes the English Alpine Championships 2020. Snowsport England would like send a huge thanks for the sponsors who make it such a successful event: Bormio Tourism, Rossignol, Halsbury Ski, Ski Bartlett, Ski Bitz, Racer Ready, Ski Club of Great Britain and Vitalini.