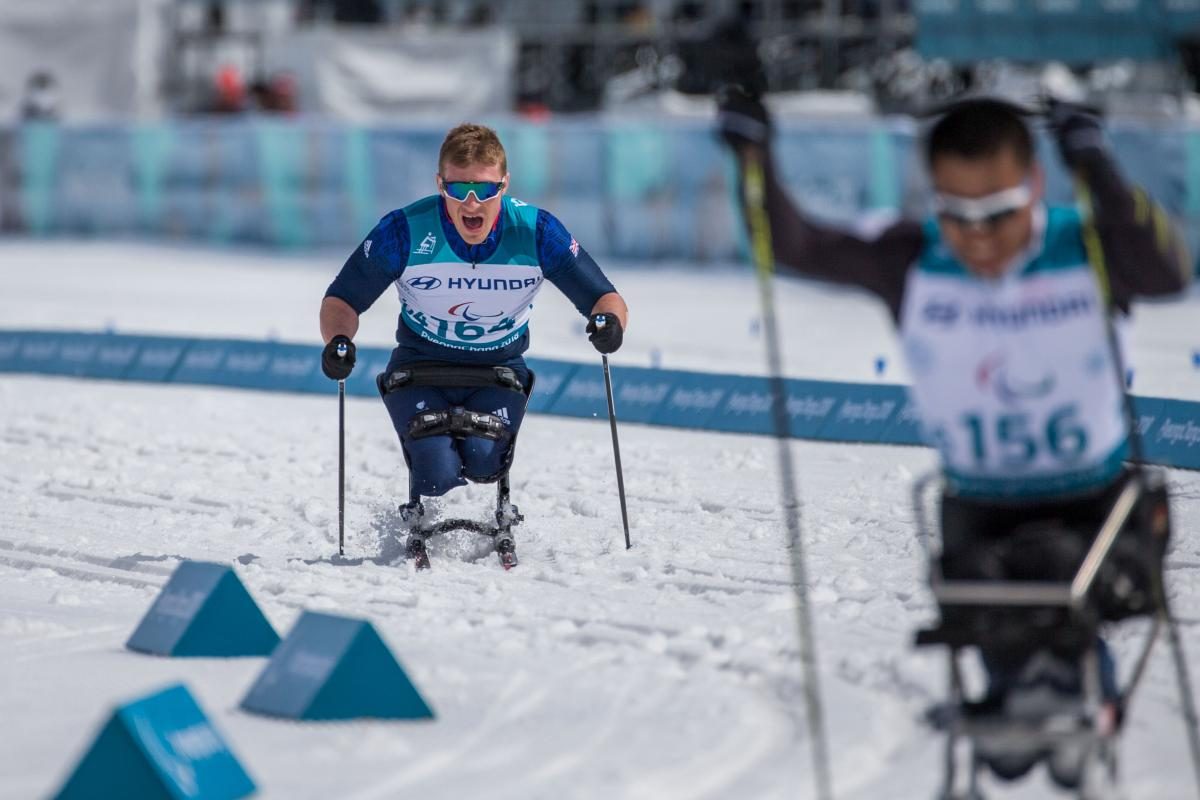 One of the most inspiring athletes to compete at the 2018 Winter Paralympic Games was Scott Meenagh, the para nordic skier who completed six cross country and biathlon events in the space of eight days.

Meenagh lost his legs after stepping on an IED in Afghanistan aged just 21 but has since redefined himself through sport. A former rugby player, he turned to rowing and captained the British Armed Forces Rowing Team at the 2014 Invictus Games. But after narrowly missing out on a place at the Rio Paralympics, Meenagh turned to nordic skiing and is not looking back after competing in PyeongChang.

The 29-year-old was Britain’s first nordic skier to compete at a Winter Paralympics in 20 years, and the first-ever in a sitting class.

However that is set to be a story for the history books with sport undergoing a transformation this season ahead of what is seen to be an exciting new future.

The merger earlier this year of British Parasnowsport into the programmes delivered by GB Snowsport was seen as hugely beneficial to the already-established and successful alpine and snowboard programmes. However without an elite programme from the previous national governing body, it had been left to the Armed Forces Para-Snowsport Team (AFPST) to foster talent in cross country and biathlon.

This small but passionate team is now being integrated under the all-encompassing GB Parasnowsport umbrella, with more athletes being given the opportunity to train and compete at the highest level than ever before.

“The AFPST have done a really great job in the past to do what they could to support the elite level of the sport but the funding required to maintain world class programmes simply wasn’t there,” said Dan Hunt, GB Snowsport performance director. “When we decided we would integrate the Parasnowsport programmes under the GB Snowsport banner we knew we didn’t want to leave anyone behind, and that included transitioning the elite AFPST nordic skiers into programmes being supported by us as the national governing body.

“The cooperation during the transition has been fantastic. It has been a collaborative effort from all the coaches, managers, support staff and of course the athletes, and everyone is tremendously excited by what can be achieved and it all starts this week in Finland.”

The World Para Nordic World Cup season kicks off tomorrow in Vuokatti, almost two years to the day from when Meenagh made his first World Cup appearance at the same venue. After another stop in Sweden next month, the team will move on to the World Championships in Canada in February with hopes of fielding a bigger and more competitive team than ever before.

“There is a lot of work still to be done if we are going to be podium-competitive in Beijing 2022, but I have no doubt we have athletes who have the potential to make it to the top,” added Hunt. “Plus, we’re now in a position to open up a wider pathway to athletes who may not necessarily have come from a military background who otherwise had to wait to be invited train with the AFPST because it was the only avenue available to them.”

One of those athletes is Callum Deboys. While the 22-year-old was undergoing rehab after losing a leg in a motorcycle accident last year, he met Meenagh who inspired him to take up sport. After initially trying rowing, DeBoys was extended an invitation for a week of cross country training with the AFPST in Germany last year. Another camp in Florida followed and Deboys is now preparing to attack the World Cup for the first time.

Meenagh and Deboys are joined in Vuokatti by 1998 Paralympian Terry Ahrens; former para cyclist Steve Arnold; Rachel Morris, a Paralympic gold medallist in cycling (2008) and rowing (2016) who has now moved into winter sports; Steve Thomas, the four-time Paralympian and three-time World Champion sailor who is also a Winter Paralympian in ice sledge hockey; and John Huntington, a member of the Adaptive Grand Slam team which is aiming to conquer the highest peak on each continent as well as the north and south poles.

“Whatever results come in Finland, this week marks an important step in the journey to Beijing and beyond, and we couldn’t be more excited to get things underway,” said Hunt.

Click here to see the bios of the squad members.