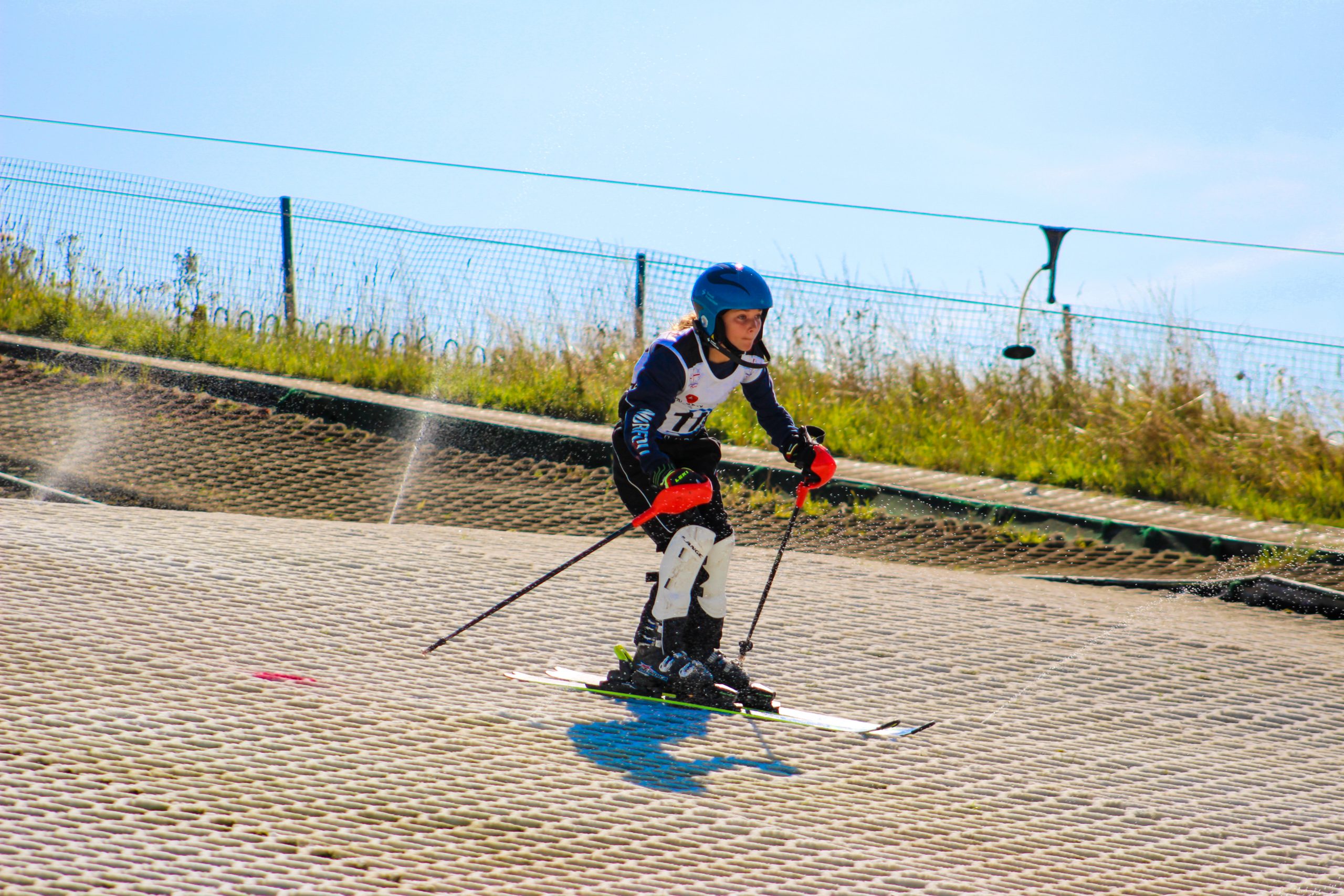 Looking for a challenge? There are plenty of competitions available in England and abroad.

Get started at your local club and get involved in club events and training, whether you have just learnt to ski or snowboard or want to compete at a more advanced level, there are plenty of local, national and international opportunities available.

A Guide to Alpine Ski Racing

Getting into Alpine skiing can be practised on most UK artificial slopes and of course, on  freshly groomed mountain runs.

If you have started skiing and had lessons and gained some experience in skiing recreationally, you may feel that you want to try your hand at alpine ski racing. The best way to start is to join one of the many ski clubs in the UK , based at artificial ski slopes. They will offer coaching and training  which provides an affordable and accessible way into ski racing. Clubs will also hold regular local race events to gain experience in slalom techniques, which is the principal ski discipline held at artificial ski slopes across the country.

Once you are a member of a Ski Racing Club there are a range of artificial competitions that extend from club races to regional races,  national races and culminating in national Championship races held during the summer season which starts in April and runs through to September.  This range of races provides an effective pathway of artificial ski racing.

A Guide to Alpine Ski Racing

Many British skiers and snowboarders that make up the GB Park and Pipe team and compete in the Slopestyle, Big Air and Halfpipe competitions put in the practice hours at their local slope.

If you are looking to get involved in something a little different, check out Championship Ski and Snowboard or CSS by the GB Park and Pipe team. CSS features ski and snowboard teams from slopes across the UK going head to head in a video league, with teams submitting video tricks for each round. Teams are matched against each other in each round, and are judged on their best kicker, rail and execution tricks. Click here for the Park and Pipe selection criteria and policies.

A high-speed sport which attracts some of the biggest TV audiences of any winter sport due to its exciting head to head nature. This is only suitable for competent skiers and snowboarders that are happy to go fast!

Once you have a bit of experience, head to Laax in Switzerland to compete in The British Snowboard and Freestyle Ski Championships, also known as The Brits, which attracts competitors of all ages, including riders in the Under 12 category.

Looking for the exhilarating rush? You need previous experience of performing jumps if you are looking to try aerials – many start by trying jumps into a giant airbag before attempting inverted (upside down) jumps. Contact GB Aerial to find out more information on competing.

If skillfully rushing down the slopes in between bumps and mounds is more your thing, you need to get the practice in for mogul competitions! Snowsport England run the England Moguls Academy which feedsa into the Biritish Moguls Programme run by GB Snowsport. If you are interested in getting involved, email moguls@snowsportengland.org.uk

Later, young athletes could progress to the British Nordic Development Squad. Athletes who commit to the pathway and continue to meet benchmarks specified by the BNDS lead coach will then graduate to the Youth and Junior squads, at which point they will compete in their first international FIS competitions. These athletes compete at international level across Europe and Scandinavia as well as attend World Junior Championships, European and World Youth Olympics. Visit GB Snowsport for further information.

The final step on the pathway is the senior team, which is divided into three groups (Senior, Performance and Elite) based on results.  Athletes at this level compete in Continental and World Cup events as well as World U23 Championships and the Winter Olympic Games. The elite squad is made up of the athletes who are challenging for places at the 2018 Olympic Winter Games. 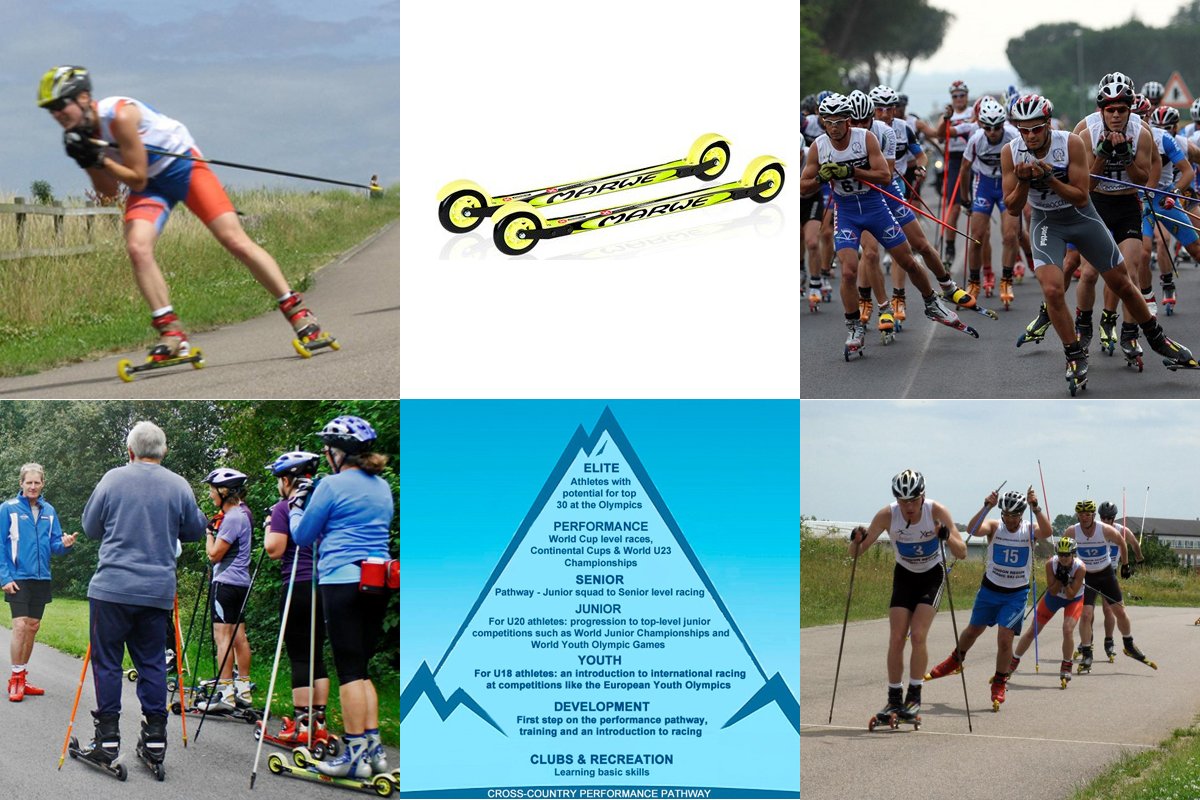 Many Snowsport England clubs offer introductory sessions and Snowsport England also run 3 coaching weekends throughout the summer, which welcome beginners.  Athletes can then progress on to the British Nordic Development Squad and will continue to use Roller Skiing as a training tool alongside Cross-Country Skiing.

In the UK there is a thriving Roller Ski series held across the country each summer. The races take place at numerous venues around the country hosted by several SSE clubs.  Prizes are awarded in age categories at each race as well as the overall series winner.

Interest in Telemark racing has grown steadily over the last few years due both to the evolution in the equipment and to the increase in indoor snow centres. The equipment has evolved enormously and, in many ways, has almost morphed into Alpine gear so that most Alpine racers can easily make the transition to Telemark.

Over the last few years the BSS in conjunction with the SSE Telemark Development Committee have run a series of races called The British Indoor Telemark Race Series and they are held during the summer at four indoor snow centres - Manchester, Tamworth, Glasgow and Hemel Hempstead. Most of these are weekend events and the races are preceded with Telemark Festivals where the country's top Telemark coaches are on hand to give instruction for beginners to experts.

The races are known as Classic Sprints and consist of a GS slalom course which has a jump at halfway and a short skating section up the slope to the finish. It's a real test of several skiing skills. Points for individuals and for teams are accumulated over the series and prizes awarded in the usual age categories. Successful racers can progress to:

The British Telemark Championships are held annually in the Alps in January http://www.awsa.org.uk/telemark/ 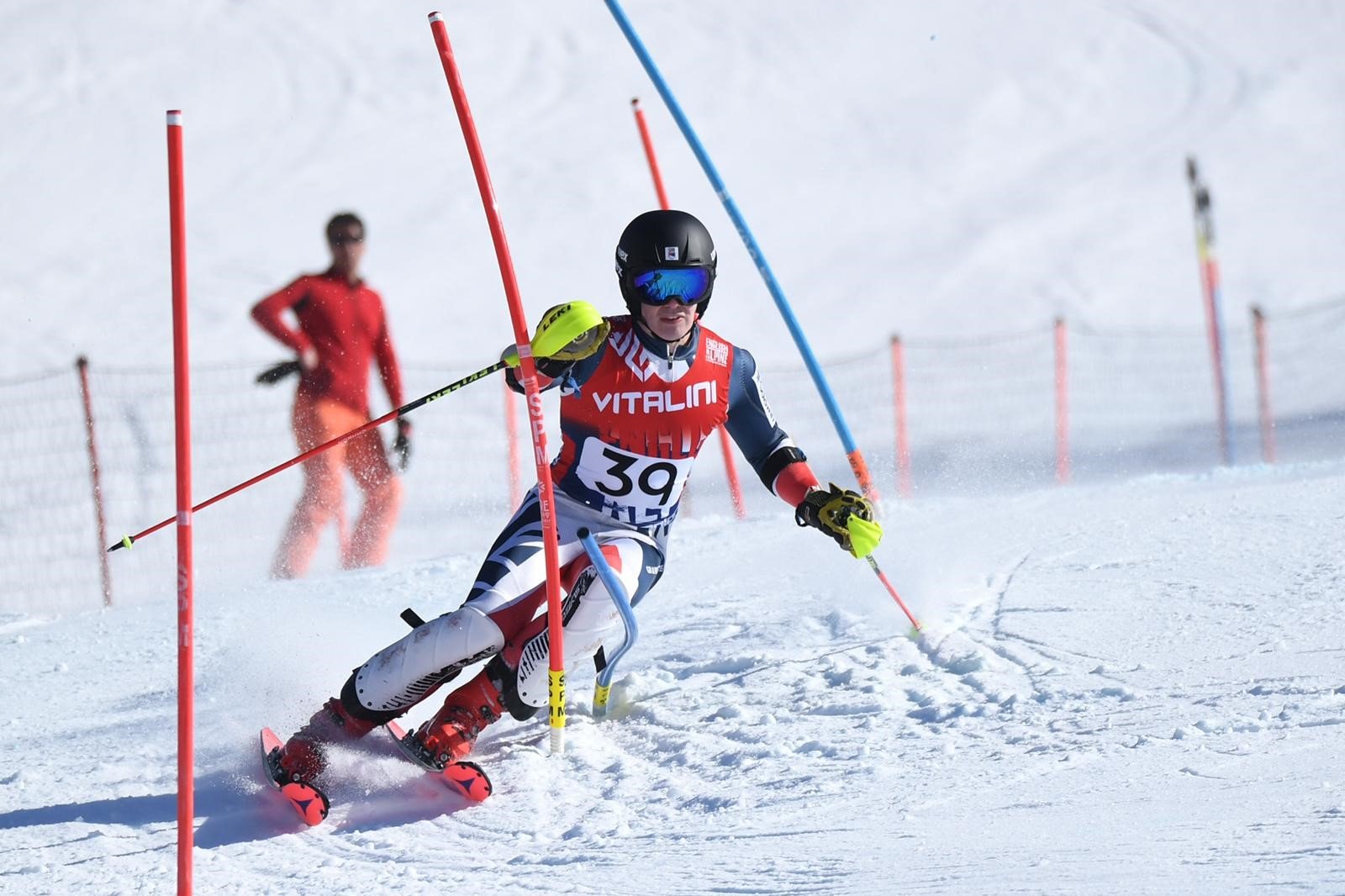 The English Alpine Championships is one of the biggest competitions in the Snowsport England calendar. Many competitors and their families travel from all over the UK to the beautiful resort of Bormio in Italy, where Dave Ryding (aka ‘The Rocket’) started his career. 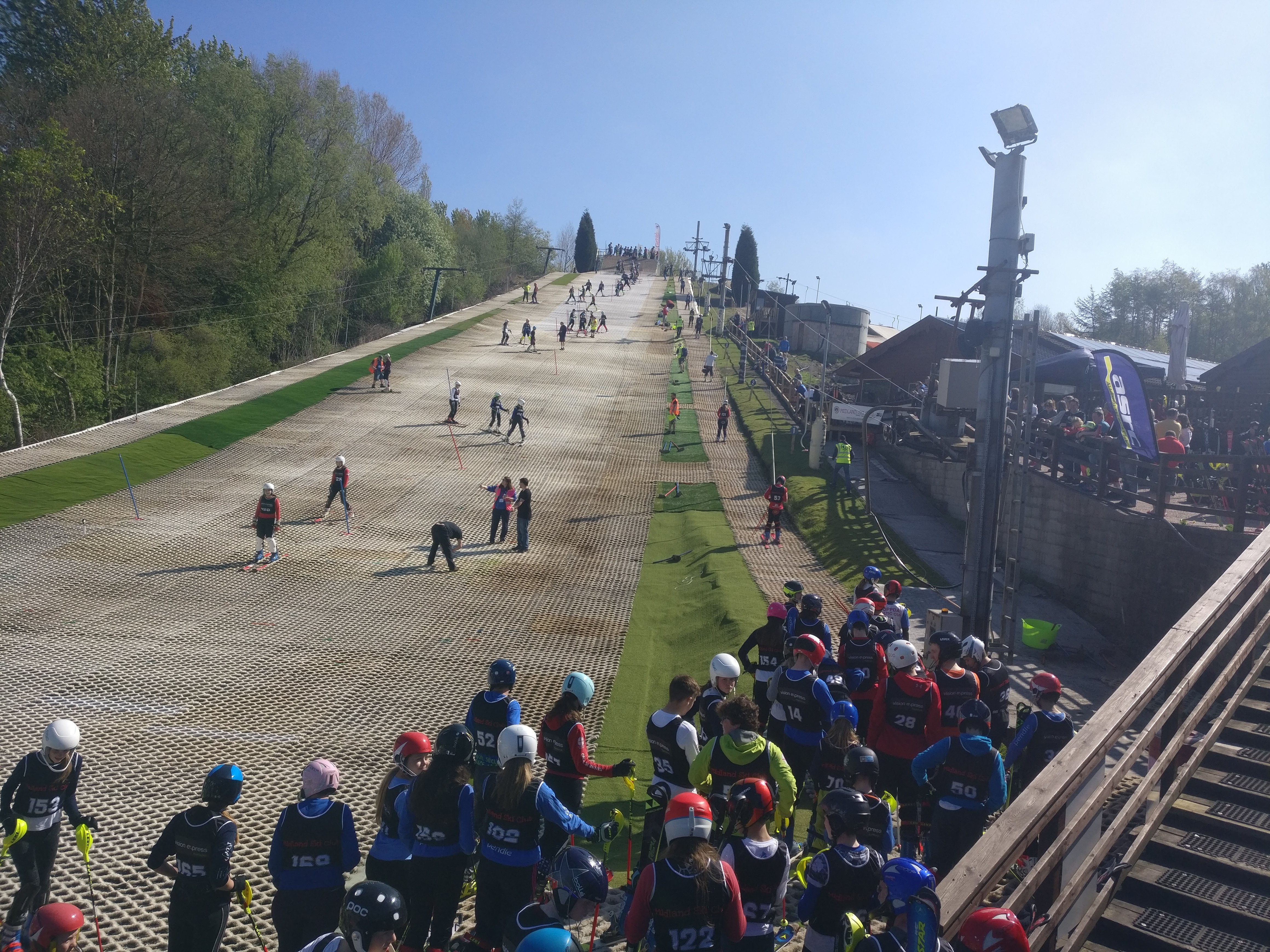 If you are looking to get started with competing, you need to be familiar with GB Ski’s rules, regulations and technical information. Follow the link to find out more about GB Ski rules and seeding as well as a full UK race calendar. 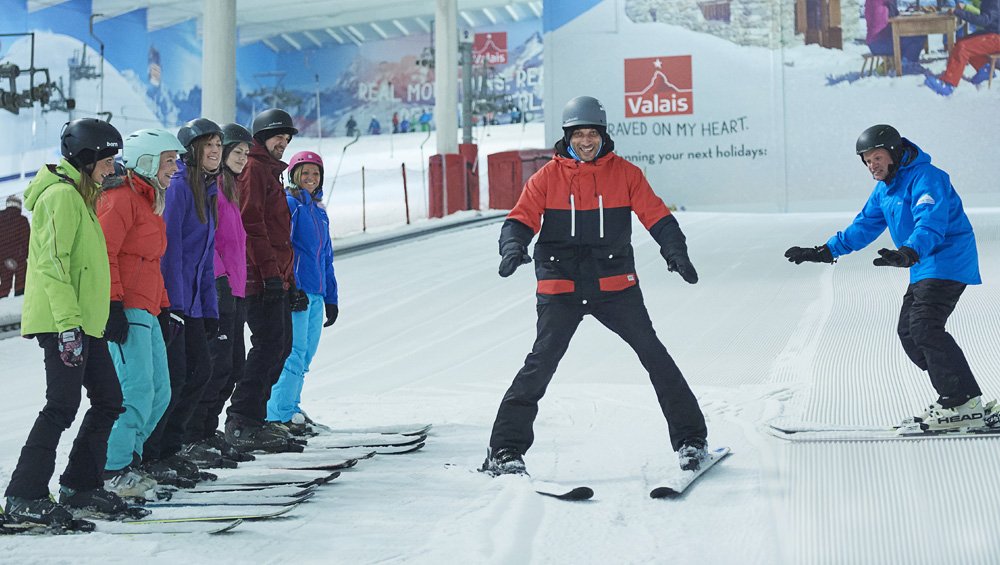 The Futures Project is a collaboration between Snowsport England, Snowsport Scotland and Snowsport Wales. It supports and encourages young people aged 6-18 to get involved in snowsports and develop their skiing and snowboarding skills.

Get the practice in! Find your nearest slope, club or activity, use our club and activity finder below.