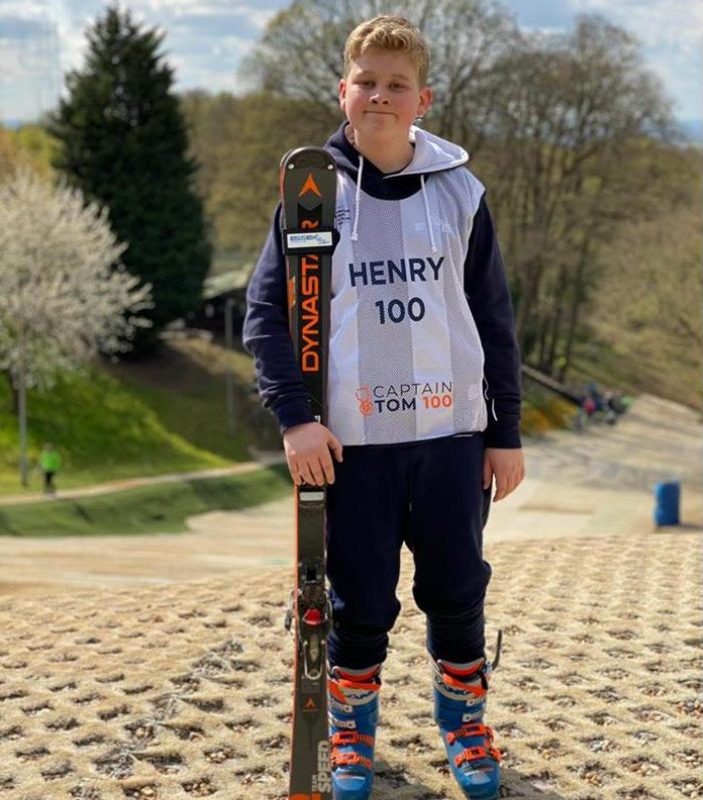 Henry wanted to get involved in The Captain Tom 100 Challenge, set by Sir Tom’s family during what would have been the Captain’s 101st birthday weekend.

The young skier had the idea to complete 100 runs as part of the challenge, which took place at Brentwood Ski Slope last Saturday, 1st May.

Skiing a total of 30km, Henry’s efforts have resulted in nearly £4000 raised for the Great Ormand Street Hospital, a cause very close to his heart.

Henry formed a sturnomastoid tumour on his neck, Erb’s palsy and also a broken left arm shortly after birth. With the help of Professor Deborah Eastwood, Paediatric Orthopaedic Surgeon and her Team at GOSH, Henry had a successful surgery in March 2012.

In 2018, Henry was introduced to skiing by a family friend Garedd Gardner and since, skiing has become a big part of Henry’s life, one he says helped him mentally and physically “so much”.

Henry’s parents Matt and Becky Pask, said: “We have been reflecting back on Saturday continuously over the weekend – what a proud and humbling day.

“The support from Brentwood Ski Slope, Essex Ski, Unique and all the lovely ski families has been just overwhelming. The generosity, encouragement and time, running the cake stall everyone who spent the time baking and donating the continuous flow of cakes and all buying raffle tickets and the raffle donations – amazing.

“While we were at the top of the slope on Saturday, me, Matt and our families just enjoyed being in the surroundings, the buzz of Henry and Garedd doing the challenge.

“Thank you to everyone involved in Saturday, for supporting Henry.”