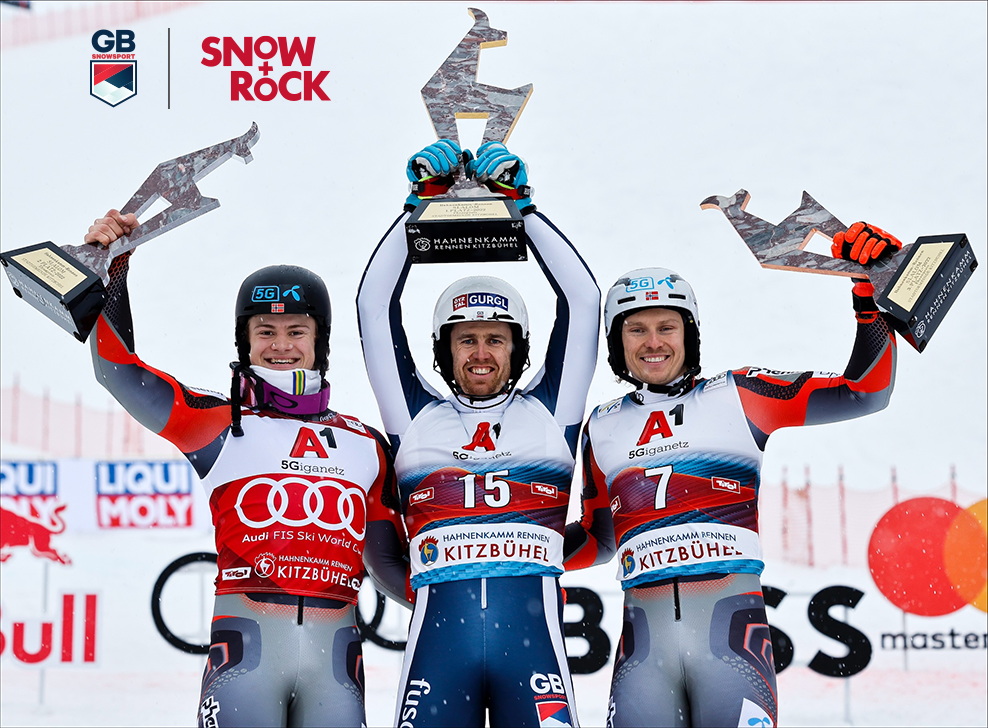 On a course that has long been written into the annals of Alpine skiing lore, Dave Ryding rode into the history books in Kitzbühel, Austria, on Saturday, taking Britain’s first ever Alpine World Cup victory. Having recorded his previous best result at the same venue with a second place finish in 2017, Ryding’s time of 1:41.26 was enough to hold off the Norwegian pair of Lucas Braathen in 2nd, and Henrik Kristoffersen in 3rd.

Placed 6th after the first run, the Rocket put down a blistering second run of 49.86 and then watched as those after him were unable to match his combination of skill, balance, and speed on the course. Ryding’s victory was confirmed when Italy’s Alex Vinatzer saw errors lose him time, and sparked wild celebrations in Austria and back home in Britain.

The result takes Ryding’s career World Cup podiums to four, all of which have come in his 30s, and marks a serious show of late-career intent on the day after Ryding was confirmed as part of the Team GB squad for the Beijing Olympic Winter Games starting next month.

Dave started his skiing on a Dryslope at Pendle ski Club. If you want to find your local club or slope Clubs And Facilities – Snowsport England