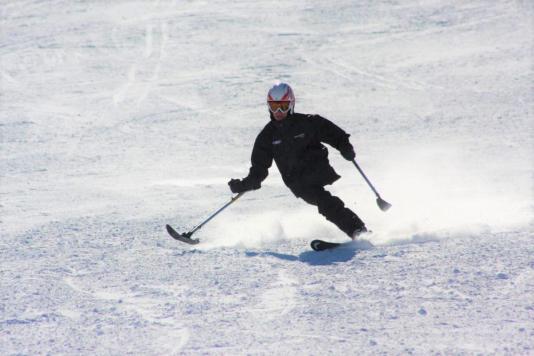 Paralympic gold medallists Kelly Gallagher and Menna Fitzpatrick, together with their guides Gary Smith and Jennifer Kehoe, are heading up Team GB’s squad and will contest in all the visually impaired disciplines.

Fitzpatrick and Kehoe, who won visually impaired slalom gold at the PyeongChang 2018 Winter Olympics, will compete in the slalom, giant slalom and the downhill events at the championships, which take place from 21st January until 1st February. Gallagher and Smith are also hoping to top the podiums and will compete in the same events.

After winning a Europa Cup and achieving top five finishes to qualify for his first World Championships in the technical disciplines, teenage skier Neil Simpson will compete in the visually impaired slalom and giant slalom with guide Jamie Robertson.

PyeongChang Paralympian James Whitley will contest all disciplines in the standing category.

Millie Knight, however, will not compete after confirming her absence through an injury.

Congratulations to all the athletes who have been selected – and good luck out on the slopes!