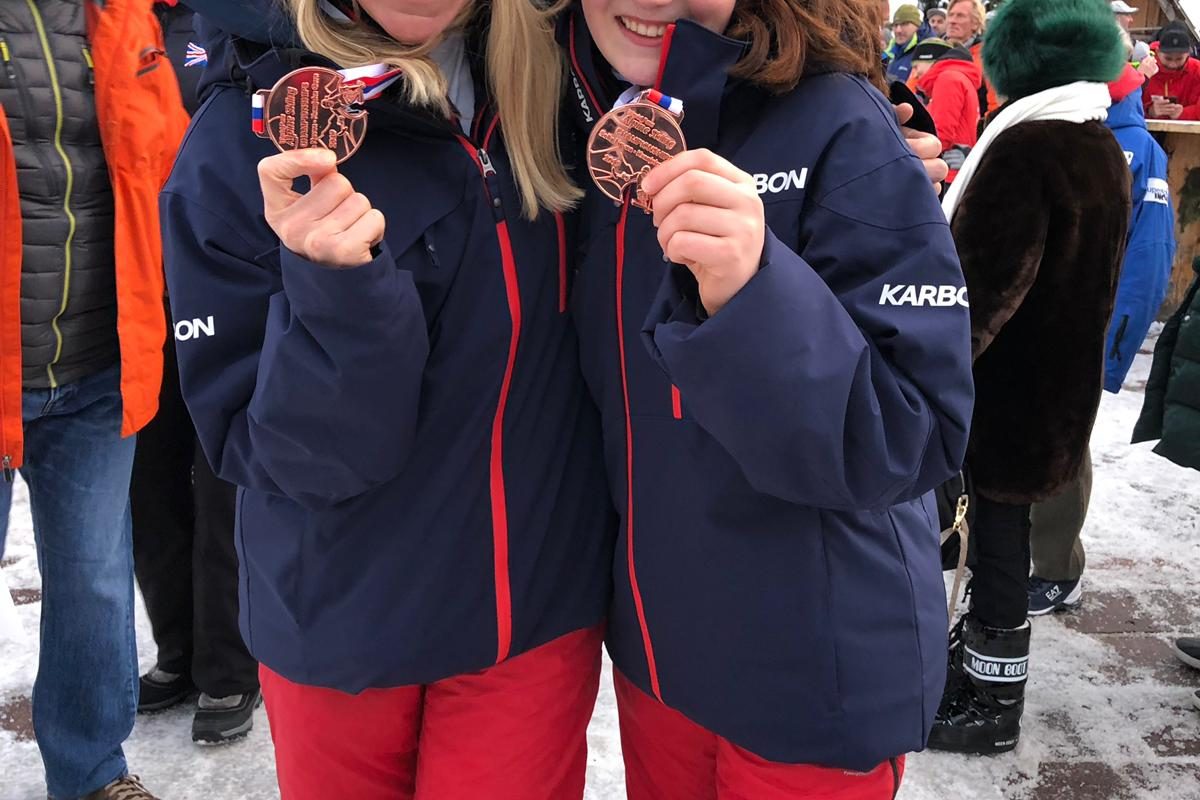 GB Parasnowsport’s Menna Fitzpatrick and guide Jennifer Kehoe have continued their medal-winning form by claiming bronze in their opening race of the World Para Alpine Championships in Kranjska Gora, Slovenia.

The result matched their third-place finish at the 2017 World Championships in Italy.

The 2018 Paralympic slalom gold medallists were in the bronze medal position on the first run but had a battle on their hands to stay on the podium after edging compatriots Kelly Gallagher and guide Gary Smith by just 0.08sec.

After Gallagher put down a solid second run, it would take a strong performance from Fitzpatrick to stay in third which she did, but only by a total of one-tenth of a second.

“Today we woke up excited and ready for our first race of the World Championships,” said Fitzpatrick. “Our first run went well in the top section but we made a couple of mistakes that made us loose quite a lot of time.

“Then in the second run we decided to sway onto our older skis which gave us confidence in ourselves to really go for it.”

Yesterday, James Whitley finished 13th in the men’s standing giant slalom while Neil Simpson (and guide Jamie Robertson) were in 10th place after the first run of the visually impaired category before straddling a gate in the second run.

They will all take part in the men’s slalom on day three of the Championships tomorrow before Fitzpatrick and Gallagher compete again on Thursday.