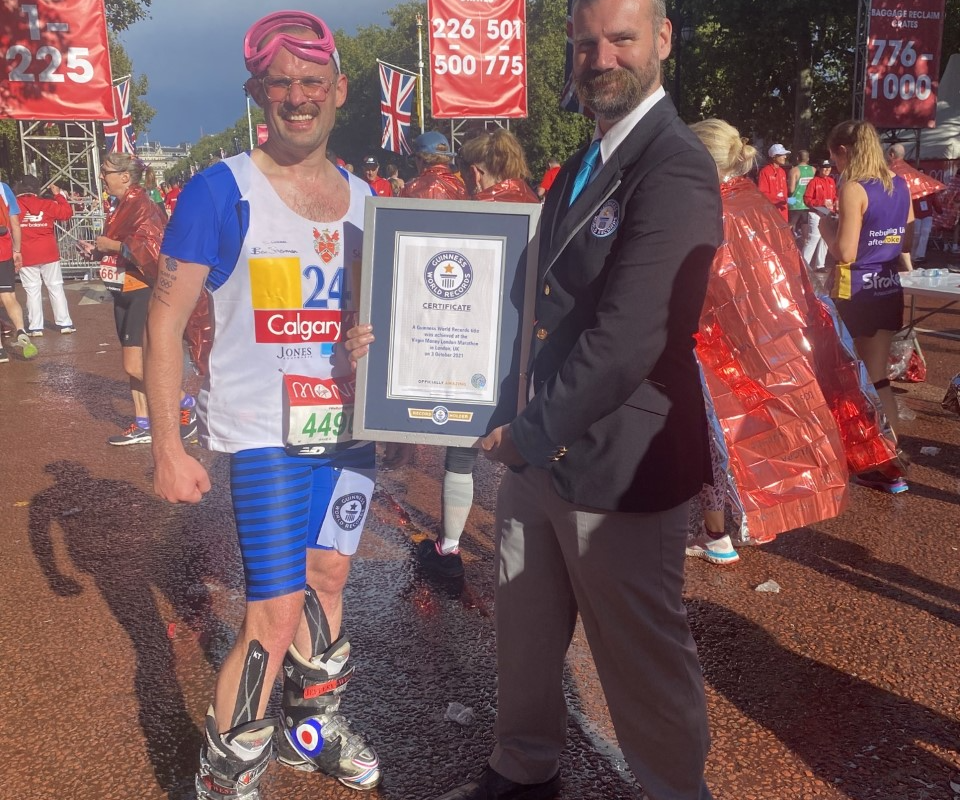 Bennett has a personal connection to snowsport being a shoemaker who will be making the Footwear for Team GB for the Winter Olympics in Beijing.

He and his mother Alison, who also completed the marathon, raised over £8,000 for their charitable cause – Stanford Hall, a medical rehabilitation centre for injured servicemen and women.

The funds to will help to build the DMRC Café Project for the centre – an area specifically suited for recovering soldiers as a place to relax and spend time with family and friends during their recovery period.

The record has been broken several times in recent years. In 2018 Colin Whitton from Twickenham became the new record-holder with a time of 5:52:16. In 2019 Orthopedic Surgeon Dr Paul Harnett cut the record to 5 hours 30 minutes and 27 seconds.