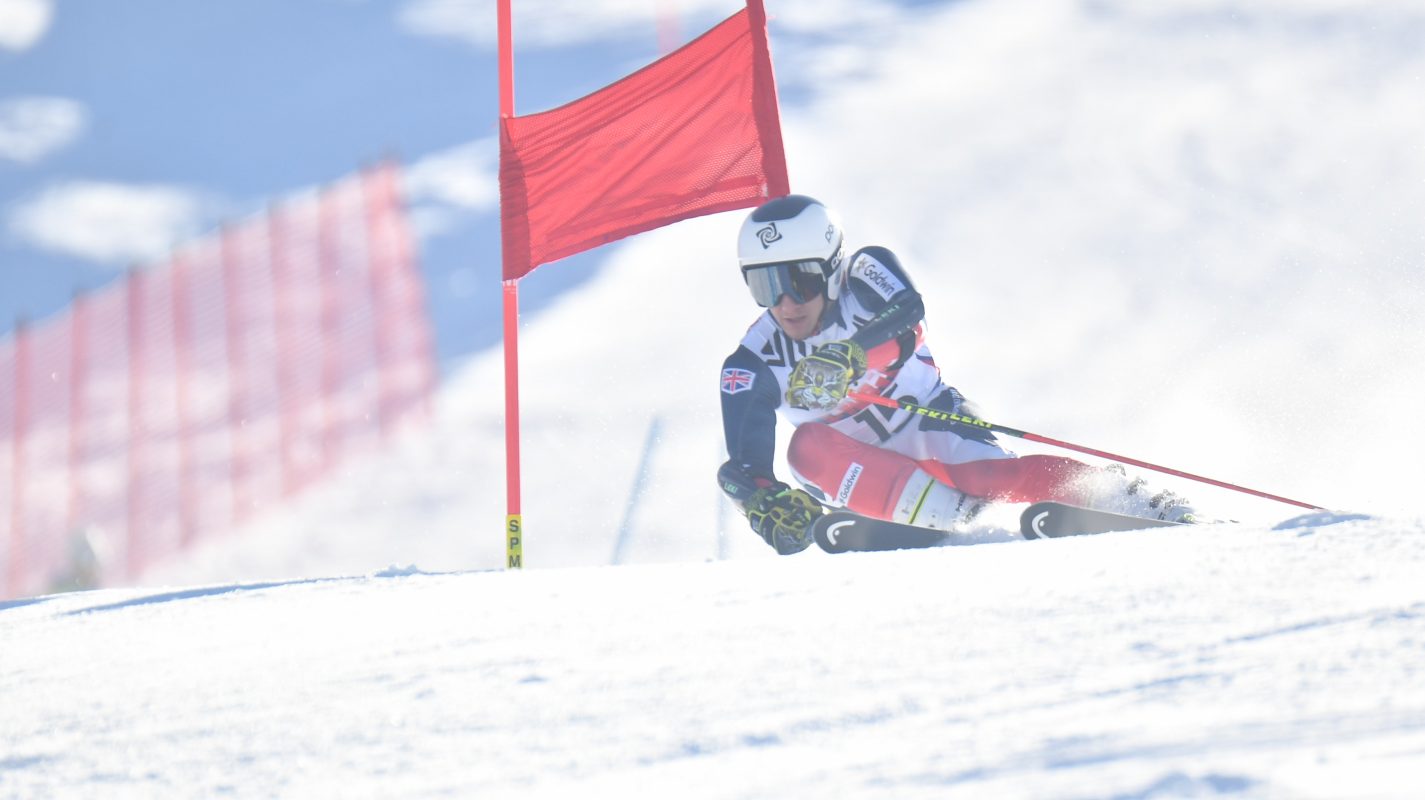 The English Alpine Championships is Snowsport England’s premier Alpine event and is the biggest British week of winter ski racing. This week has seen hundreds of young skiers competing on the pristine slopes of the Italian resort of Bormio, enjoying some great weather and well-organised races.

At the conclusion of another successful Championships, six skiers were crowned overall English Alpine Ski Champions in their respective age groups, plus awards were given for the best Club and best Academy throughout the event.

The overall English Alpine Ski Champion for the FIS women was Under 18 athlete Alexa Eliff from CDC who stood on the top of the podium three times this week. Second place went to Lois Jackson (EVO) who was consistently on the podium all week in the Under 21 category. Third position went to Senior athlete Jazmine Butcher (EXL).

For the men, Leo Karavasili from Evolution took two wins over the week, and stood on the podium four times in total to take the overall FIS Male English Alpine Ski Champion title. With only English athletes in contention for the English Champion titles, Owen Vinter and Oliver Weeks were out of the running, despite some impressive performances this week. So second place went to Diaco Abrishami (BSA) after his win in the NJR Slalom and second place in the FIS Slalom. And third position went to Robert Holmes (EVO) who stood on the podium four times this week, winning the FIS GS in the Under 18 category.

For the Under 16 females, Robert Holmes’ younger sister, Charlotte Holmes (EVO), was the star of the show in this category, standing on the top of the podium four times this week. Her consistent performances meant that she was crowned Under 16 female English Alpine Ski Champion for 2020. Behind her was Ambition’s Honor Bartlett who claimed three podiums over the week. Third place went to Lauren Bloom (EXL).

In the Under 16 male category, it was a very tight contest, with Max Laughland (BSA) being awarded the Under 16 male English Alpine Ski Champion title, just nudging out Luca Carrick-Smith (BSA). The two racers finished on the same points, but after looking at the results between the two individual racers, Laughland was awarded the overall title. Third place went to Aidan Urquhart from Kandahar.

Molly Butler from BSA was the stand out athlete in the female Under 14 category, taking the overall Under 14 female English Alpine Ski Champion title after securing three wins and four podiums in total. She was closely followed by Olivia Howeson (EVO) who also stood on four podiums over the week. Third place went to Mathilda Watterson from Excel.

After a successful week for Scottish athletes Lewis Calder and Emerson Proctor, they weren’t able to contest the English titles. So it was Freddy Carrick-Smith from BSA who was crowned Under 14 male English Alpine Ski Champion, closely followed by his brother Zak Carrick-Smith (BSA) who took second place. Third place went to Harry Duncan from Apex.

In the Academy competition, it was a very tight contest, with Team Evolution just nudging out Ambition Racing to take the Best Academy title. The British Ski Academy came in a very close third. The Best Club went to CDC, with Kandahar in second and Glasgow Ski Racing in third.

Snowsport England would like send a huge thanks for the sponsors who make it such a successful event: Bormio Tourism, Rossignol, Halsbury Ski, Ski Bartlett, Ski Bitz, Racer Ready, Ski Club of Great Britain and Vitalini.

They would also like to say a big thanks to all the athletes, parents, clubs, academies and of course volunteers. Also the event could not happen without Bormio Sci Club and Bormio Ski.