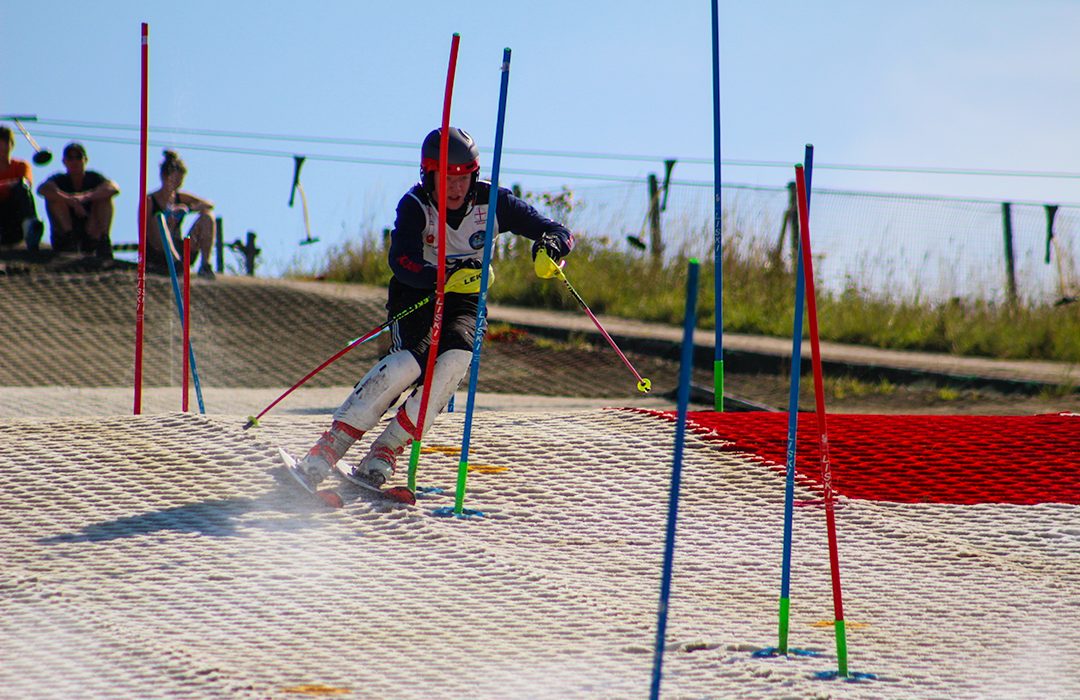 The 2021 All England Champions are Toby Case and Daisy Putman in the overall male and female races of this year’s Championships, which took place at Silksworth, Sunderland on Saturday, 28th August.

Oliver Weeks and Rebecca Hart were the quickest racers on the day, claiming the first spot on the podium, followed by Case and Putman, who earned the All England Champion titles.

Oliver Weeks recorded a combined time of 25.72 after two good runs of 13.30 and 12.42. Runner-up Case had a slower start at the Championship with a first run of 13.66 but compensated skiing fastest run time on the day on his second attempt with 12.33 making a combined time of 25.99. Thompson managed a time of 26.14 for the third place.

In the mini races, Lowri Howie and Charlie Silvester were the fastest.

Charlie was joined by Joshua Huelin and Harrison Harwood on the podium in second and third place respectively.

For the girls, Isla Cameron was second and Elle Baxter – third.