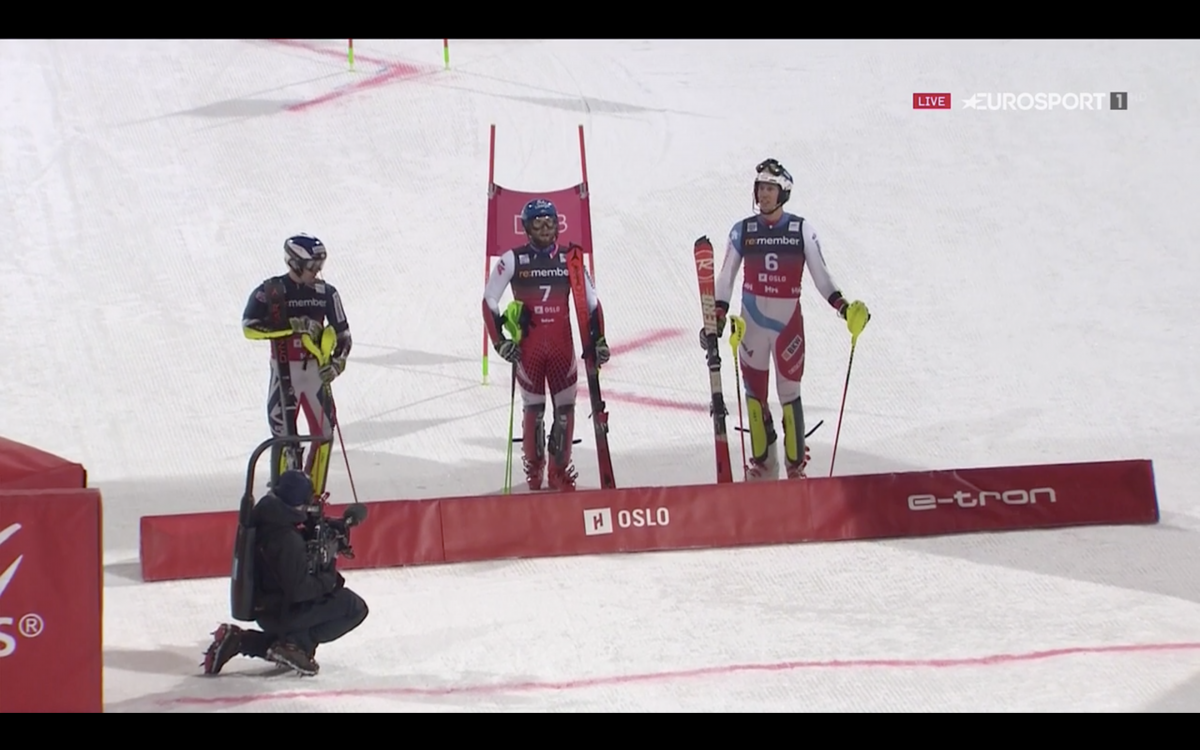 Dave Ryding has finished second at the new year’s day city event in Oslo, and on the way has become the most successful British alpine skier at World Cup level.

When Ryding finished second at Kitzbühel two years ago, he became the first British skier to stand on the alpine World Cup podium in 35 years.

Following today’s result, Ryding is now Britain’s most successful alpine World Cup skier in history. Davina Galica is the only other British skier with two alpine World Cup podiums with a pair of downhill third places in 1968.

“I’ll look back at the end of my career and see where I’m at, but I just want to keep working, keep learning, keep getting better and maybe – you never know – maybe go that one step more,” said Ryding after today’s race. “The depth in men’s slalom is crazy at the moment, but if I keep putting myself in the position then maybe one day I’ll pick it up.”

After defeating Manuel Feller (Austria) in the first round, Ryding earned a quarter-final match-up against Austria’s world number one Marcel Hirscher for the second time in as many years.

And just like 2018, Ryding was able to deliver an upset and once again earn a place in the final four. The 32-year-old’s reward for taking down the world number one was a semi-final against defending champion and 2018 Olympic slalom champion Andre Myhrer.

Ryding put down a fantastic first run to hold a handy lead, and while a misstep midway through the second run could have been costly, it was cancelled out by the Swede making a similar error which allowed Ryding to maintain his advantage and move through to the final against Marco Schwarz.

The Austrian gained the ascendency take a 0.28sec lead into the second run and while Ryding was zeroing in on Schwarz in the final stages, a missed gate cruelled the Brit’s chance at victory.

Ryding said the results at Madonna and Oslo are a testament to doing the right things in training and that his move back to Dynastar skis is proving to be a good call.

“I’ve changed skis and it’s not always that easy in the first races to know exactly what’s going to happen,” said Ryding. “Training’s great, but when you get into that race mode it takes time to shift over what happens naturally to the new line I have to take with the equipment.

“But everything’s coming together now and I’m really happy with how the equipment is; I just need to keep going and keep believing in myself a bit more than I was at the start.”

Ryding will line up again in just five days time when the World Cup circuit moves onto Croatia, a venue at which he has scored top 10 for the last two years. Like the corresponding event last year, he goes into this weekend’s race in Zagreb with strong form and good results but without the lingering impact from a crash in the 2018 Oslo semi-finals.

“I need a day off or two and then wrap it up for Sunday but things are definitely going in the right direction,” said Ryding. “I’m feeling good, I’m in good shape physically – everything’s positive at the moment.

“Madonna was certainly needed to get that going but I have to keep skiing well and we’ll see what that brings in Zagreb.”