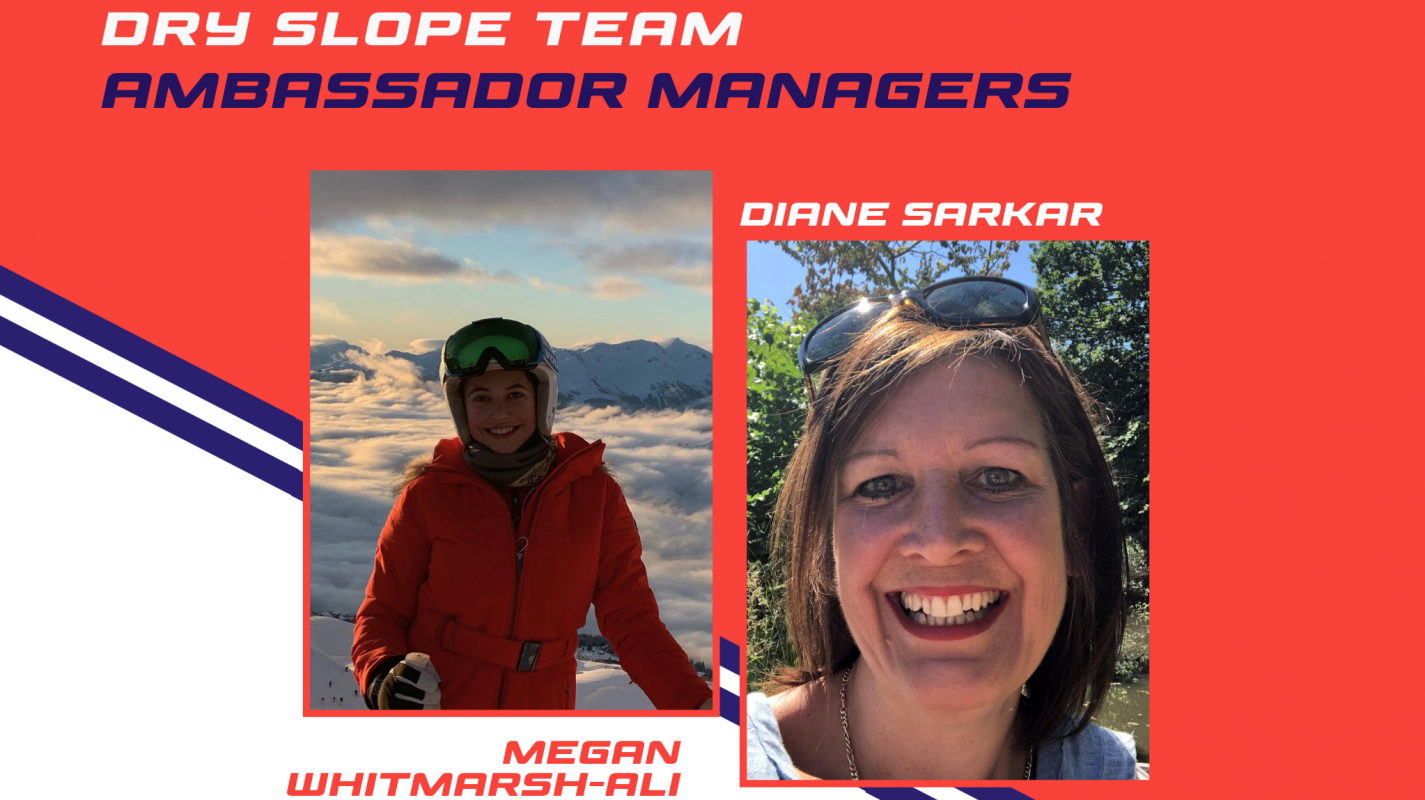 Snowsport England is delighted to announce the appointment of two Dry Slope Ambassador Team Managers ahead of the 2022 summer season.

Diane Sarkar MBE and Megan Whitmarsh-Ali will take over from Gareth Case who is stepping down after six years in the role.

Gareth said: “After six years I made the difficult decision to step down and help look for a replacement who could work closely with the current athletes, develop the role and take on the opportunity to take athletes to the next level.

“Diane and Megan’s skill sets complement each other and will create a solid foundation on which to build this important role within the Snowsport England structure. I will support them both over the next few weeks to ensure they we are in the best place as we enter the 2022 season.”

Megan has a long involvement in the sport – having skied for 15 years, she has previously raced on dry slopes herself. Megan is a UKCP Level 1 qualified coach, aspiring to become a level 2 coach, and a volunteer at the LSERSA (London & South East Regional Snowsports Assocation) regional races, schools races and club nationals, who is also working towards her course setting qualifications.

Diane’s impressive background includes an MBE award in the Queen’s Birthday Honours list last year and over 10 years’ experience in adult and children’s safeguarding. A Registered Nurse, Diane connection to the sport comes from her daughter’s involvement as an U16 racer who was selected for the England Alpine Squad in the 2021/22 season.

Commenting on her appointment, Diane said: “I am absolutely delighted to take up this position with Megan and am excited for the forthcoming season. I am very much looking forward to liaising and supporting athletes and their clubs. The summer race season will soon be upon us, and I look forward to meeting everyone at the dry slope races.”

Megan added: ‘I am really excited to work with Diane and see what we can achieve not only for the Dry Slope Ambassador Team but also for the wider Dry Slope community. Hopefully the upcoming season will be a successful one and I very much look forward to seeing what we can do as a team.”

On his departure from the role Gareth extended gratitude to the Dry Slope Community. He said:  “Thanks for your support over the last six years, I hope to see many of you on the slopes in the not-too-distant future.”