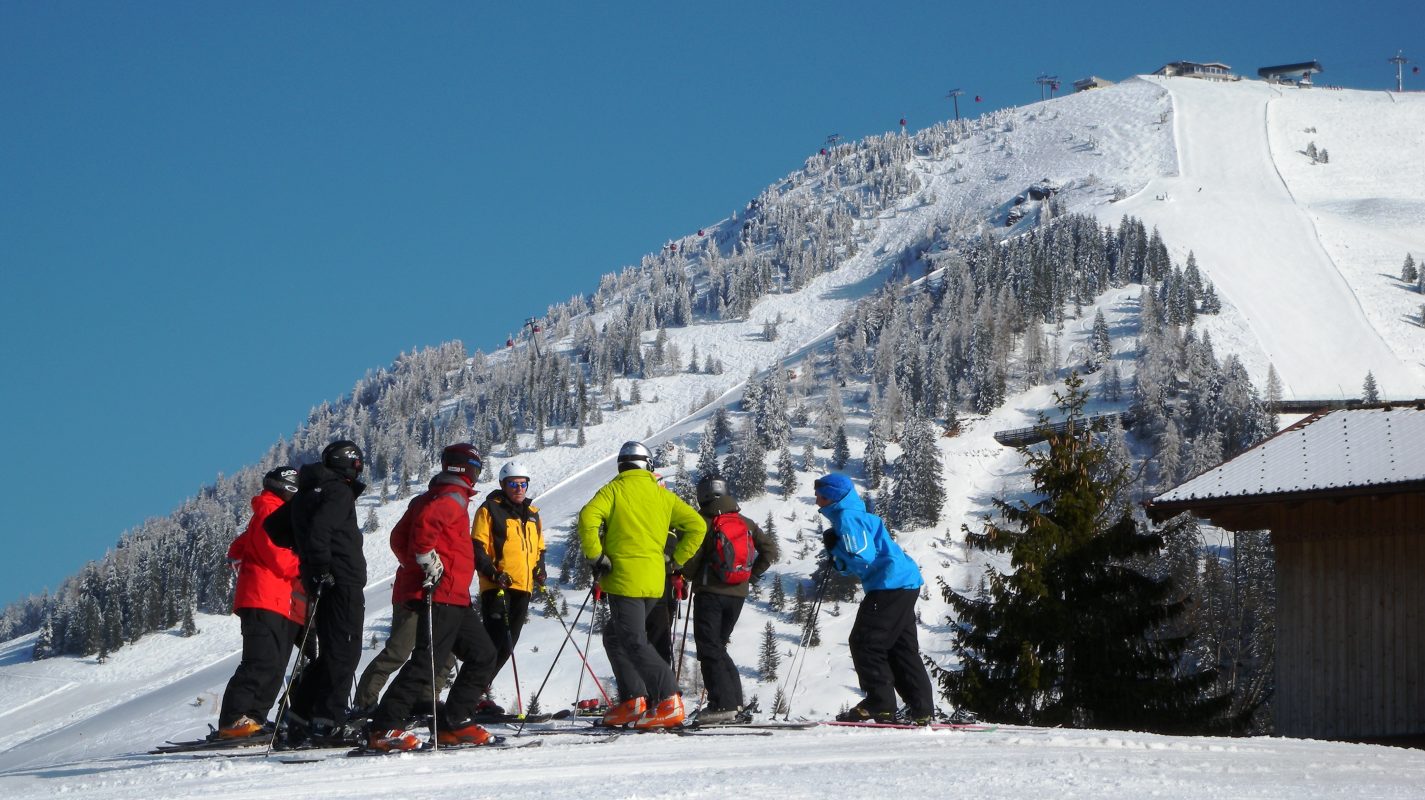 Snowsport England is updating its Coaching Scheme to help more people take their first steps into instructing and coaching and to better support existing coaches and instructors to continue to develop in the sport.

The new Scheme will create a clearer coaching pathway by revamping the titles of Coaching Awards.

The main change is that the new titles do not refer to coaching levels, as opposed to the old Level 1 and Level 2 Qualifications, and instead focus on the remit of the award, its audience and environment.

The new Award titles will make it easier for aspiring coaches and instructors to identity which coaching badge will best suit them and will make the pathway more accessible.

Ryan Grewcock, Coaching and Workforce Lead at Snowsport England said: “The rationale behind changing the names of the awards is simply to show that each award is designed to work with a certain audience, in a certain environment, while delivering certain benefits.

“Previously, the numbers added a layer of confusion for some, as people would automatically assume that being a level 2 is better than being a level 1.

“We want to build an accessible and sustainable pathway, which serves the sport and its needs and that is what the new Scheme is designed to do.

“It will allow people to specialise in the area they want to work within.

“Our coaching philosophy has always been participant focused and these changes will enable the scheme to become coach focussed, promoting choices coaches can make towards for their development.”

The remit of Coaching Awards will only change by name, not meaning. The table below outlines what each award will now be referred as. 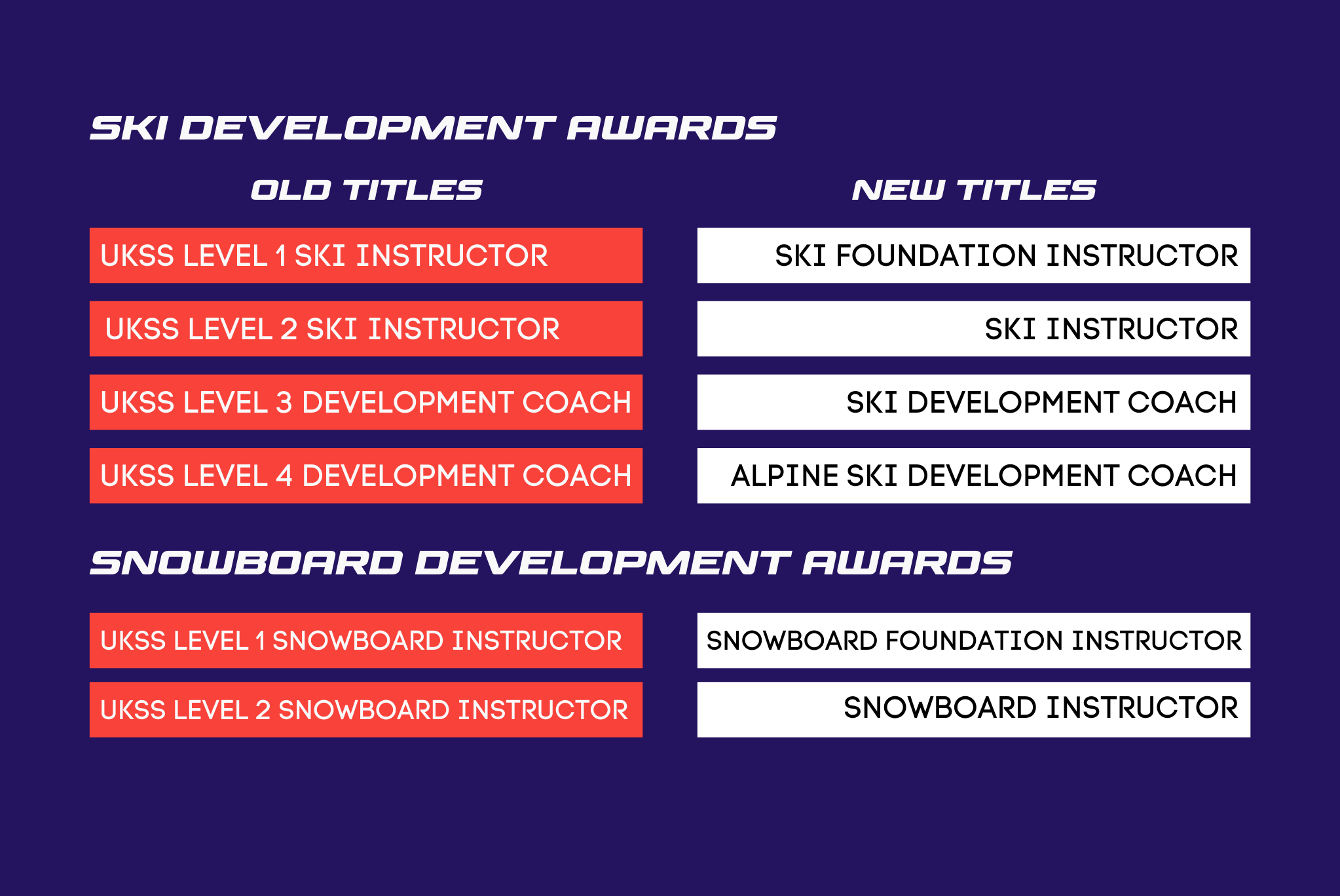 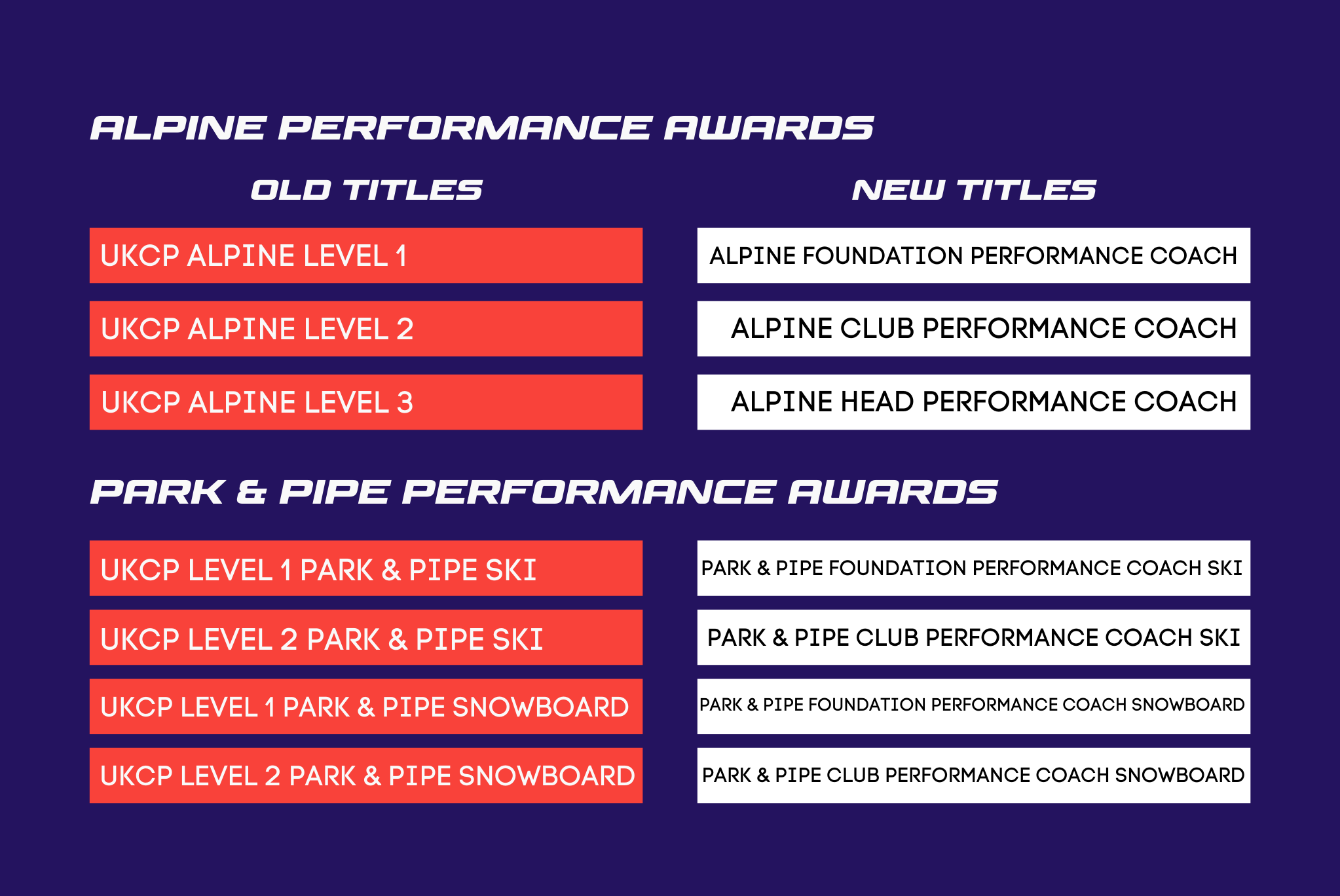 The new coaching scheme will apply to all Home Nations and all coaching awards will now fall under the revamped UK Snowsport brand.

The Home Nations have been working together to provide greater clarity on the snowsport coaching pathway in recent years and the new coaching scheme will deliver the shared Coaching Pathway under UK Snowsport, whose logo has been updated to reflect the collaboration between the Home Nations. 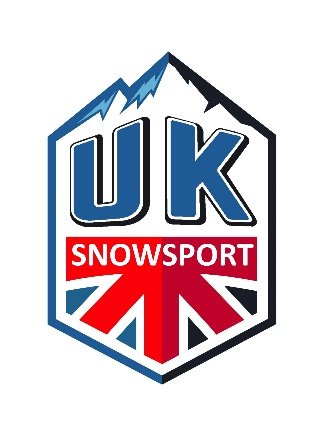