Over the weekend of the 18th and 19th September over 70 snowsport coaches met up at the Chill Factore to take part in the UK Snowsports Coaching Conference. The two-day event consisted of interactive workshops and on-hill practical sessions. The theme for the weekend was “Creating Environments for Success” and spanned all disciplines for both development and performance coaches.

It was the first major face-to-face event in the last 18 months and plenty of conversations and networking took place throughout the weekend.

The Keynote Speaker was Stuart Armstrong from The Talent Equation, who started the weekend with the intriguingly titled session “Climbing a mountain wearing a Pac-A-Mac” which was a whirlwind tour covering coaching, skill, talent, environments, and variability.  This massively engaging and interactive session set the scene brilliantly for the weekend ahead. 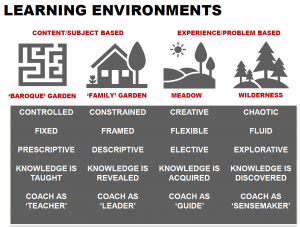 Deena Blacking was up next. Deena’s session was all about getting coaches to think about their environment and how to help make it positive to help people to thrive in that environment. Everyone was encouraged to input into the interactive session and help shape what is important in the various environments.

Day One was halfway completed, and lunch was another time to catch up with friends and discuss the morning activities.

The afternoon sessions were kicked off by Kelly Wild. Kelly is a former British Alpine Ski Team racer, British Children’s Team and English Alpine Ski Team Coach but her session was bringing knowledge form her role a physiotherapist and her research in how injury prevention can help create promote success on the slopes for both recreational and competitive skiers. The research shows how work off the slopes can seriously impact results on the slope.

The final session of the day was delivered by Tom Hartley, who kicked his session off with a game to wake everyone back up. The game of Ninja, Hunter, Bear re-energised everyone. Tom spoke about how environments shape you and used the analogy of a flower. “If you want the flower to bloom you make sure the environment is right. You may need to tweak the soil, water, or light to make it the best for the flower. This is exactly the same with coaching and remember every flower may need slightly different things to realise its potential.”

A jam-packed day of knowledge sharing came to an end and straight into a celebration of coaches, the UK Snowsports Coaching Awards sponsored by our friends at Rossignol. There were several categories up for grabs, the coaches were nominated by the public before a shortlist was created and an independent panel choose the winners based on the reason on the nomination forms. We received 132 nominations for the awards which included a one-off award of COVID Hero.

High Performance coach Of the Year 2021

The Winner was Ross Hill

A massive thank you to Rossignol in supplying the prizes for the winners.

Day Two of the conference is about starting to put the learning from Day One into action, whether that is on the slope or classroom.

Our event sponsors Rossignol had next year’s skis to play on and Ross Green was on hand to chat with the coaches on the finer details of the skis.

Richard Barbour (Senior Tutor and Chair of the Coaching Technical Panel) continued the theme of the weekend with his on slope sessions. These sessions used skiing tasks to illustrate the power of external focus and attention to sensory information on skill development. Highlighting aspects of Snowsport England’s coaching scheme philosophy and coaching tools, he aimed to help participants muscle memory reproduce some useful sensations next time they went skiing.

Jeff Fozzard ran a session on skiing moguls without any actual moguls. He explored the physical, emotional and environmental barriers which may block and hinder effective progress and how we can develop ways in which to overcome them.

Other sessions included a chance to try out telemark skiing with Billy Hunter and a personal performance session to push your skiing that little bit further.

Both Kelly and Deena had classroom sessions which went into their Saturday sessions in more detail and allowed participants to take something more away.

Overall the weekend was a perfect way to restart our larger face-to-face coach education events and looks to be a great start to the season.

All presentations can be found HERE.